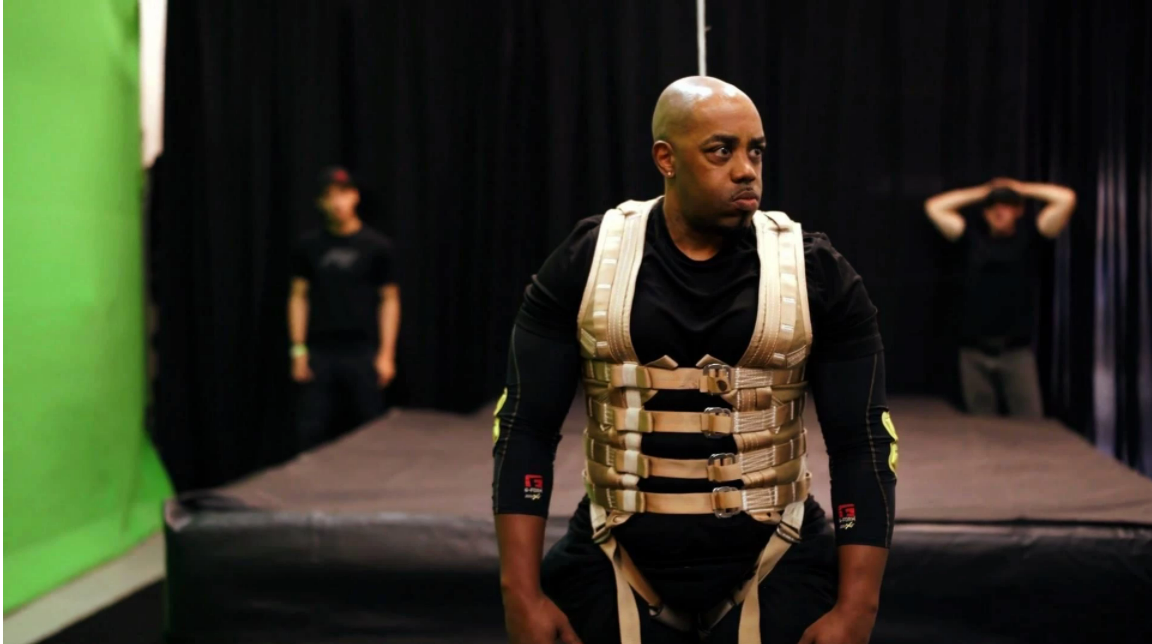 Scottio Arnold is a stuntman, actor, martial artist and a producer that has been in the industry and SAG-AFTRA since 1994.  Scottio has worked with and taught martial arts to many of Hollywood’s biggest celebrities and producers.

While teaching at the Jun Chong Tae Kwon Do School in Los Angeles, CA and under the supervision of martial arts master and film actor Phillip Rhee (Best Of The Best) Scottio helped many students age range from 4 years old to 70 years old reach their goals.  Phillip Rhee took a very special interest in Scottio and soon introduced him to his brother Simon Rhee.  Simon is considered one of the most trusted stunt coordinators in the business.  Simon gave Scottio his first job as a stuntman on an HBO film called TNT starring Randy Travis and Eric Roberts.

One of Scottio’s true passions in life has always been to make someone else’s life better.  So, he used his martial arts skills and ability to teach, to do just that.  He used this platform to transform lives and bring families closer together.

In 2000, while teaching martial arts class Scottio had a student by the name of Jim Chory (Co-Executive Producer) of the CBS Television drama series, The District starring Craig T. Nelson.  Jim gave Scottio an opportunity to work on the last episode of the first season doubling the actor Eric King to do a car crash.  That went over well for Scottio and in the beginning of the second season Pam Veasey (Executive Producer) created an opportunity for Scottio to read for the casting director.  Scottio booked the recurring role of “Officer Scotty” and found himself working closely with the main cast most of the time.  In fact, Craig T. Nelson took a special liking to Scottio and they both would talk about their faith in between takes.

Work as a stuntman brought Scottio back to his place of birth of New Haven, CT. Shortly after New York stunt coordinators was ringing Scottio’s cell phone asking if he was available to work such network shows as Blue Bloods, Gotham, The Blacklist, Luke Cage as well as studio films like Bottom Of The Nineth and The King Of Staten Island.

One of Scottio’s mentors told him that if he wanted to sustain a career in this business.  It would be in his best interest to learn all that he could from in front of the camera to behind the camera.  So, Scottio started paying close attention to all the great directors, editors, writers, producers, camera operators and yes STUNT COORDINATORS on the different shows he worked.

Scottio said to himself, “what better school to attend and to get paid while doing so!”  He would then take what he learned during the week and apply it to the multitude of action short films that he produced, wrote and acted in.  He would get together with other stunt performers and create content and at the same time get training on how to hit the ground and how to sell a punch or kick.

His dream is to produce, act in, and be the action coordinator for more films and tv shows.  He continues to train with many of the great stunt performers in New York City.

What is learned we must teach and give back to other aspiring stuntmen and stuntwomen.

Since the age of ten I have been a huge Hong Kong Kung Fu movie fan.  I love all the wirework, fight scenes and action sequences in those movies.  Also, one of my favorite shows of all time is "The Hulk" starring Lou Ferrigno.

I found out that the great Manny Perry was doubling Lou and I was inspired to be just like Manny.  Later, I was afforded the great opportunity to meet one of my favorite stuntmen/stunt coordinators and to work for Manny Perry on a film called, The Salton Sea.

‍I love doing stairfalls and fight scenes.  Before I actually got into the business. I wanted to impress Simon Rhee and wanted so bad for him to see what I could do. So, without any proper training I created a video with me doing a stairfall.  I just found a set of steps on Wilshire Boulevard in Los Angeles and threw myself down those stairs.

That same video that I shot in 1997 actually got me a stunt contract on one of my favorite TV shows, "Luke Cage." Matt Mullins and Chris Naylor was looking for someone to do a big stairfall for the show.  They saw my reel with that old footage of me doing that untrained stairfall and gave me an opportunity from that.  I did the gag for "Luke Cage" and Matt, Chris and the amazing director Neema Barnette were extremely pleased with the outcome.

In my humble opinion, the best part of being a stuntman is learning from all these amazingly talented performers and then given the opportunity to perform it on screen.  Everyday at work is a blessing and very different from day to day.

I absolutely love coming to work and being involved in these great action sequences that the incredible stunt/fight coordinators choreograph and then bring to life for us as stuntmen and stunt women to perform.

‍I definitely want to share my all time favorite stunt story!  Because I believe my story shows just how good people in our stunt community can be to others.  I will never, ever forget this moment in my life.  Simon Rhee was stunt coordinating an HBO movie called TNT starring Olivier Gruner, Randy Travis and Eric Roberts.  Simon was willing to take a chance on me and gave me an opportunity to work for him.

I had absolutely no idea what I was doing and more so was completely clueless on doing stunts.  I reported to work nervous, confused and lost.  I had not one stitch of padding to protect myself.  Simon, the great person he is looked me in my face and told me to relax and everything would be fine.  He told me to pay close attention to him and everything going on and then sent me to my trailer to prepare.

Another great man and stuntman Bob Brown approached me, knew that I was brand new without a clue.  Bob said to me relax and have fun and put safety first. He then reached into his bag of pads pulled out a pair of elbow and knee pads.  He told me to put them on and I would be ok.

I did my first ground pound and gun play.  Because of these great men and a great stunt team I was able to do my job and go home safely.  There was so much goodness I learned in that day of work about people, the stunt community and also becoming a stuntman.  I will forever be grateful!

Learn everything you can in front of the camera to behind the camera.  Understanding camera angles, editing and choreography will make you a very strong asset to all the coordinators you work for.