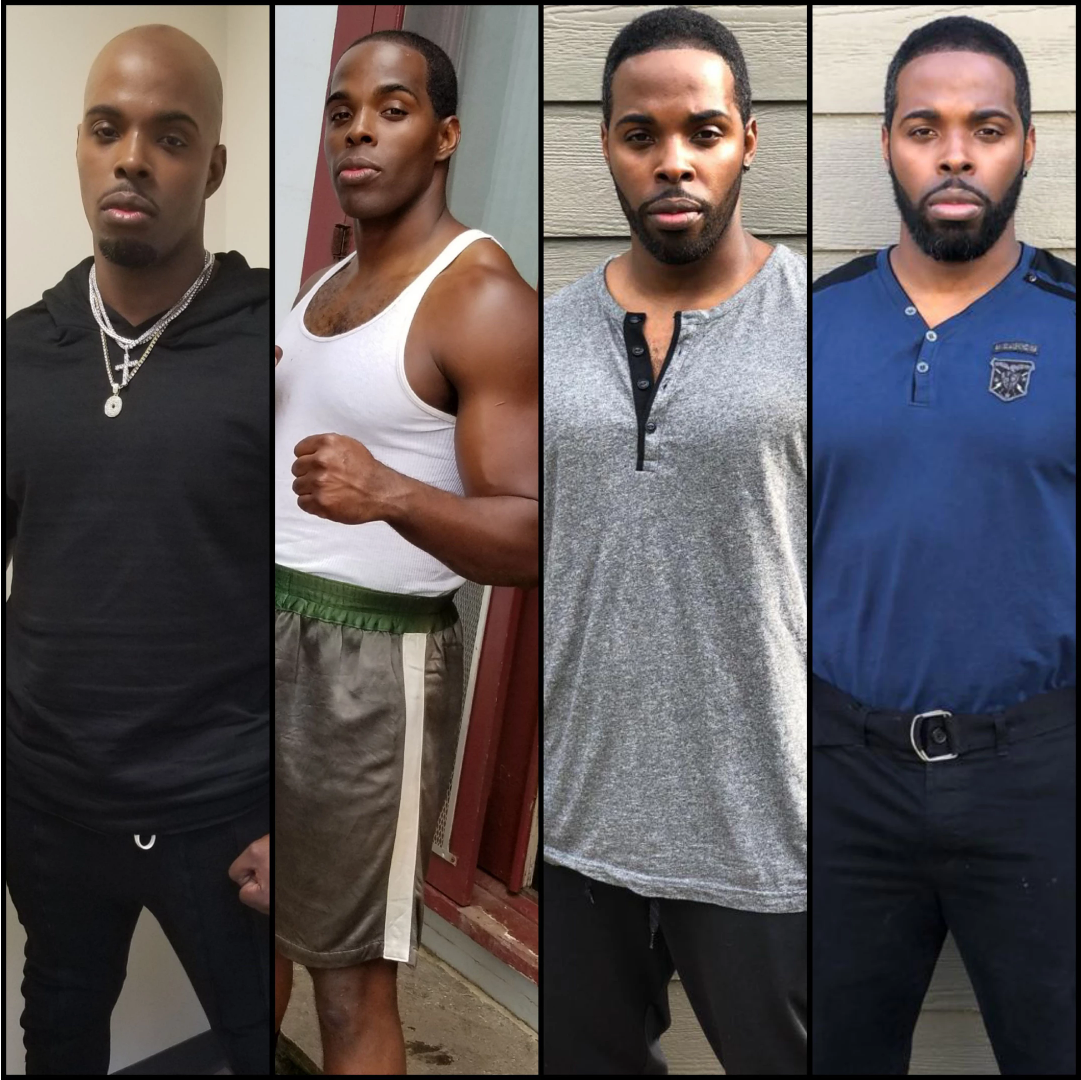 Like a lot of little boys I grew up loving action movies, Ninja Turtles, comics and things of that sort.  In high school I ran track, 100m relay and played football.  After high school I joined the military where I got involved a lot more with cross training in various martial arts.

Towards the end of my military time I got into acting in TV and film which continues to present day.  My entry into stunts came after 10+ years into my acting career.  In early 2017 I got the opportunity of a lifetime when I got cast in Marvel's BLACK PANTHER.  It was only background work but I didn't care because I was a huge comic book fan and loved Black Panther way before there was an MCU or comic book movies were super popular.

I had been trying to be apart of that movie since the late 90's when Wesley Snipes was supposed to do it.  So when the opportunity arose I didn't care what I was doing really.  While working on Black Panther I got to train with and work right along side the stunt team meeting a lot of very cool people.  Right then I realized this is what I will do and here we are today.

What is your greatest skill?  Is there a story behind it?

Honestly my greatest skill isn't anything really physically flashy like tricking or fire breathing.  I find it to be more nuanced in my adaptability and understanding scene/character analysis.

For example if we were doing a brawl fight between two regular civilian types, you may have some stunt players doing essentially all these nice, pretty martial arts tricking movements cause they're great at it but that's not what's required here.

It's meant to be ugly and not polished because we're dealing with two untrained civilians, we don't need a triple summersault with an HK spin into a taco wreck.  Just fall to the ground - ha!  The story behind that skillset I'd chalk up to years of my acting training and experience.

My experience on Black Panther 100% inspired my career as a stunt performer.  It truly opened my eyes.

There are a lot of talented performers I definitely look up to and continuously inspire me like Jackie Chan, Larnell Stovall, Kieth Woulard, JJ Perry, the Hargrave brothers, David Leitch and Chad Stahelski, Aaron Toney, Gui DaSilva, all the ladies and gents at 87 Eleven, Tom Cruise - ha - so many really I could just keep going.

What is the greatest part about the stunt community?  What could be changed for the better?

I think the greatest part of the stunt community is the community.  There is a sense of comradery thats reminiscent of the military to me.  Your job is kinda like an adventure each time and you get to learn so many new skills and push your limits.

I feel there has been a lot of positive change in the stunt industry regarding diversity and inclusivity and it's moving in the right direction.  Issues like 'black facing' can still be an issue today but it's definitely not as acceptable as it used to be and it's changing for the better.

I'd say there could be more improvements in opportunity for newer people.  An easy spot for that I feel is ND stunt roles.  For example, you're going to have a couple days of people just running across the street and falling to the ground.  Why call that veteran in-demand performer that has no real shortage of opportunities and basically just picks up their phone and accept job after job?

Give that new person a shot who really needs to make those connections and get a break.  This is NOT to say that the veteran doesn't deserve the opportunity but the newer person could use a helping hand a little more.  No one ever in life did everything on their own.  Someone at some point helped you out and gave you an opportunity.

Well the obvious answer is train, but also just go for it!  If you know you're athletic and simply good with movement and picking up new movements and can listen, start!

Don't think, "once I learn to drift a car, ride a horse, can do gymnastics floor routines, do air ramps, fire burns, high falls, wire work... then I'll finally start."  NO.  I am not saying if you get offered a job to do any of those things you've never done - to accept the job so you can start - DO NOT DO THAT!

But if the gag is to run across the street, hop over a car (or no car) and do a 2-3 beat basic fight and get knocked out, well that sounds a little more like that could be in your wheel house.  Never oversell yourself, never undersell yourself, simply present yourself in the best light you can and let them make the decision.

Do your research on upcoming projects, who the cast is, what the story is, who's the coordinator - IMDB and Google are your friend.  Pound the pavement and get out there and hustle after you learn how to properly hustle.  With COVID19 going on now wear your mask, gloves and carry a big bottle of hand sanitizer (ha) when you hustle that set or production office.

When you book that job, listen, and be a service to the production and not a show boat, know it all.  I could honestly keep going but I think those are some good points there.

Go forth and be great!  Thank you to Jwaundace for starting StuntPOC giving me this platform to have this opportunity to tell my story.

Big special thanks to LA Stunts for taking a chance on an unknown and giving me my very first SAG shot.