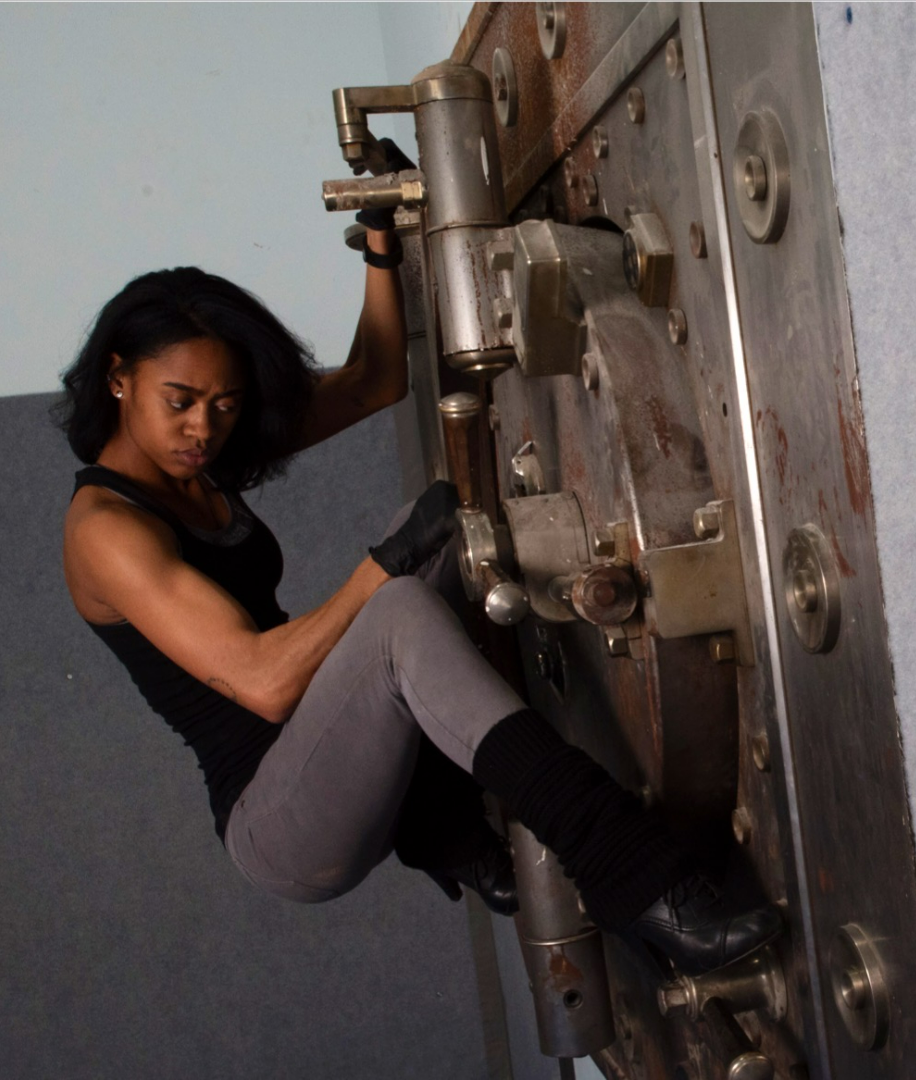 Damali Ross was born in Guyana, South America and currently resides in New York. She grew up as a competitive USAG gymnast being one of the top 3 state champions in 2005.

With college around the corner Ms. Ross became a seasonal gymnastics coach training and coaching throughout the summers and winters when back home from Oswego University.

She graduated with a BA in Fine Arts and ultimately decided to become a Stunt Actress.  Utilizing her extensive training from gymnastics and college she started new trainings in the stunt industry, taking acting classes/workshops and doing background acting work as well.

In 2017, Damali received a Taft Hartley from Adam Sandler and Allen Covert on the set of ‘The Week Of’ and soon after landed her first official union stunt gig in New Mexico a few weeks later working for Kathy Jarvis doubling Toks Olagundoye on the entire ‘Tremors’ feature.

Right after Ms. Ross was taken under the mentorship of Jeff Ward while working on ‘BlacKkKlansman’.

Currently she continues to train with both NY and Georgia stunt teams and coaches gymnastics part time in between acting gigs.

‍What is your greatest skill?  Is there a story behind it?

My greatest skill is flexibility, both physically and mentally.  More importantly mentally however because my ability to continuously adapt has helped me tremendously on set with the constant rolling punches.

My life's experiences so far has enabled me to be this way.  Also I'm a mutable sign, shout out to all the Sagittarius’s out there!

‍I’m constantly inspired by the stunt coordinators in our industry.  They have so much experience and amazing stories behind them.  The older they are the more I tend to be inspired by them.

It’s an honor to have worked with many experienced coordinators already and have had opportunities to hear some of their experiences in person and learn, and laugh and prepare with them.

I’m looking forward to meeting more coordinators and hearing more of their stories that tend to keep me inspired.

What is the greatest part about the stunt community?  What could be changed for the better?

‍All the different backgrounds and skill sets you run into in the stunt community is always great.

It’s even greater when we can get together to train and exchange skills and techniques with each other.  True camaraderie.

‍Train Hard, be well rounded in your skill arsenal.

Be On-Time, show up earlier than your call time.

Be aware, stay alert on set at all times.
Be safe, agree only to what you know you are capable of doing!

‍Can’t wait to meet and create with more of you all, stay safe, stay healthy and I'll hopefully see you soon!