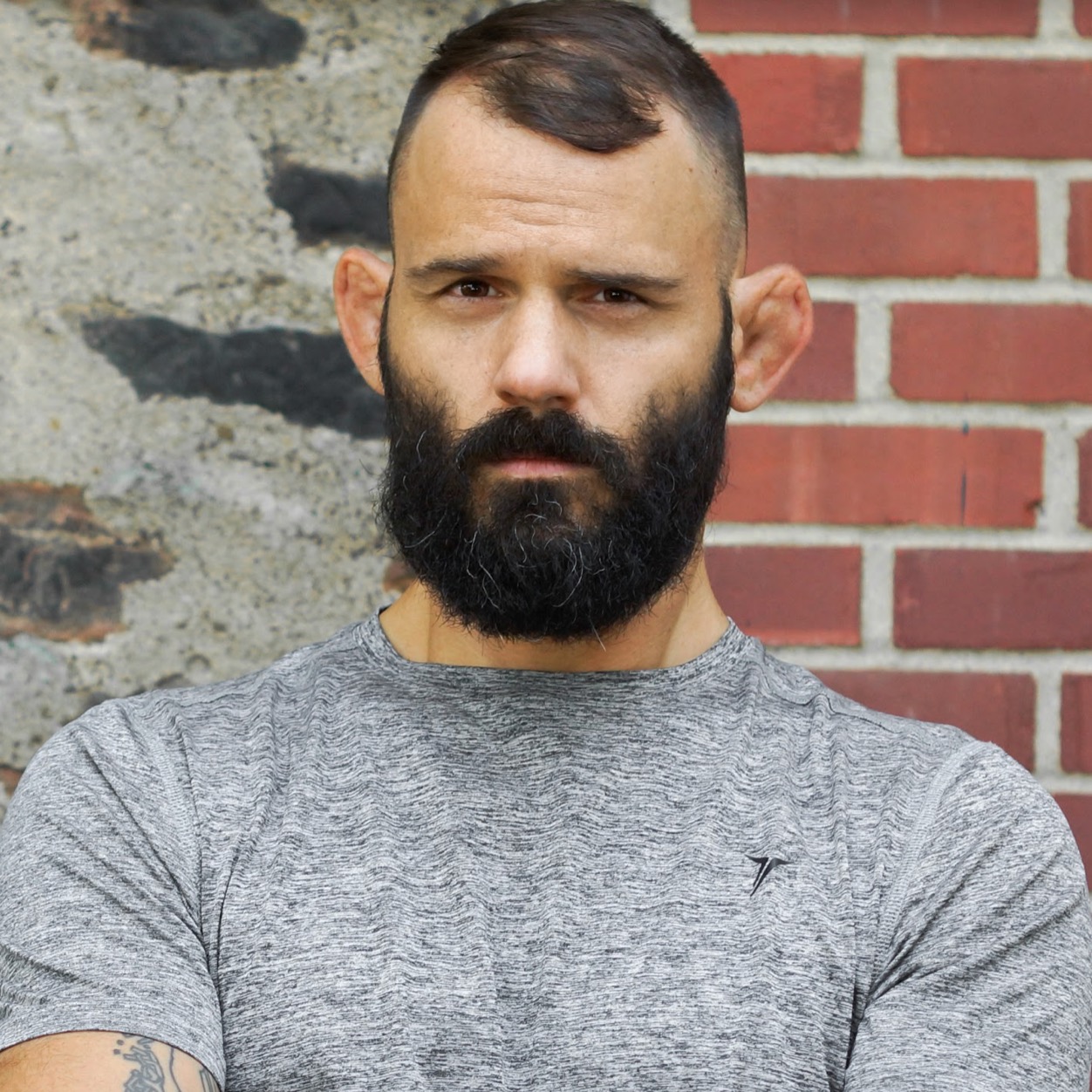 Tell about yourself, Scott!

My name is Scott Burr, and I'm a stunt performer with Stunt Predators USA.   I'm also a martial artist and a martial arts instructor and a writer and a trainer.

I'm the author of the novels Bummed Out City and We Will Rid the World of You, the training manuals Get a Grip: A Practical Primer on Grip Strength and Endurance Training... and More and Suspend Your Disbelief: How to Build and Build Strength With the World's Most Rugged Suspension Training Device, and the martial arts, mindset, and fitness training essay collection Superhero Simplified: Collected, Selected, Revised and Expanded.

I'm the co-author of Richard Bresler's memoir of his time with the Gracie family, Worth Defending: How Gracie Jiu-Jitsu Saved My Life.

I've traveled all over the world with Steve assisting in seminars on everything from kettlebell training to Gracie Jiu-Jitsu to breathwork to joint mobility.  Nowadays I run Enclave Jiu-Jitsu, a martial arts community and private training facility based in Northeast Ohio.

Anyone looking for more information about that can find it at www.EnclaveJiuJitsu.com, or on social media @enclavejiujitsu.

Anyone who wants to follow my writing can do so at www.facebook.com/ScottBurrAuthor.

I know I'm probably not the first person to give that answer, but it's the absolute truth.  The first time I saw those movies I just became obsessed.

I used to get all my friends together to act in these mini Indy movies—with me in the lead role, naturally—that my dad would film on the family camcorder.  In the winters we would hitch a toboggan up to my friend's dad's tractor and have him tow us around the hills in their backyard, acting out the truck-drag scene from 'Raiders.'

I saved up my allowance and I got my dad to drive me out to Amish country so I could buy one of those swivel-handle bullwhips from a tack shop. It was a whole thing.

When I first got involved in the martial arts I can remember people talking about stunts and fight choreography as something I might want to pursue, but there was no real avenue for me at the time.  Then life took me in a different direction, and for a long time my focus was on other things.

Then, in the fall of 2019, two things happened: I closed the school that I'd been running for the better part of twelve years, and I met Richard Fike.  I'd been put in touch with a friend of a friend who works in TV production, and I'd been emailing him show ideas for a few months.

I didn't really have any interest in developing TV shows, I just had some ideas that I thought were worth pursuing for someone with the motivation.  After a few months of this the producer and I finally sat down face-to-face, and when he found out that I was involved in the martial arts he said, "You've got to meet Rick Fike."

He put us in touch, and Mr. Fike was good enough to meet with me.  After that meeting Mr. Fike invited me to come out to the next Stunt Predators training session, and I haven't looked back!

For me, Mr. Fike is literally giving me the opportunity to live out a childhood dream, and I couldn't be more grateful to him and to everyone at Team Stunt Predators, who have welcomed me and helped me tremendously.

I can tell you the skill that I hope will be my greatest skill as a stunt performer: teachability.

The fact is that I'm coming into the stunt world a lot later than a lot of people.  It feels like everyone I'm working with at Stunt Predators is either way younger than me or way more experienced and knowledgeable than me—or BOTH!— and my whole goal is to learn as much as I can about every aspect of the stunt world from anyone willing to teach me.

I am acutely aware that willingness and ability to perform a stunt are only part of the skillset. How to perform a stunt in the absolute safest way possible, how to be on a movie set, how to conduct yourself as a professional in this industry: I'm learning all of these things. But that's one of the great things about Stunt Predators: all of these things are the focus. Technical ability, safety, professionalism. Mr. Fike doesn't just teach you how to do stunts, he teaches you how to be a stunt professional.

The community.  I've had the chance to meet such incredibly interesting and knowledgeable and capable people through this team.

The only advice I can give is the advice I'd give anyone about any pursuit: Listen.

I'm sure other people have said it, but the most recent example I can think of came from the late Larry King, who said: "I never learned anything while I was talking."

I'd just like to say, Thank you for welcoming me as you have.

Thank you to Mr. Fike and everyone at Team Stunt Predators, and thank you Hunter for putting this site together!  Hope to see you all on set one day!