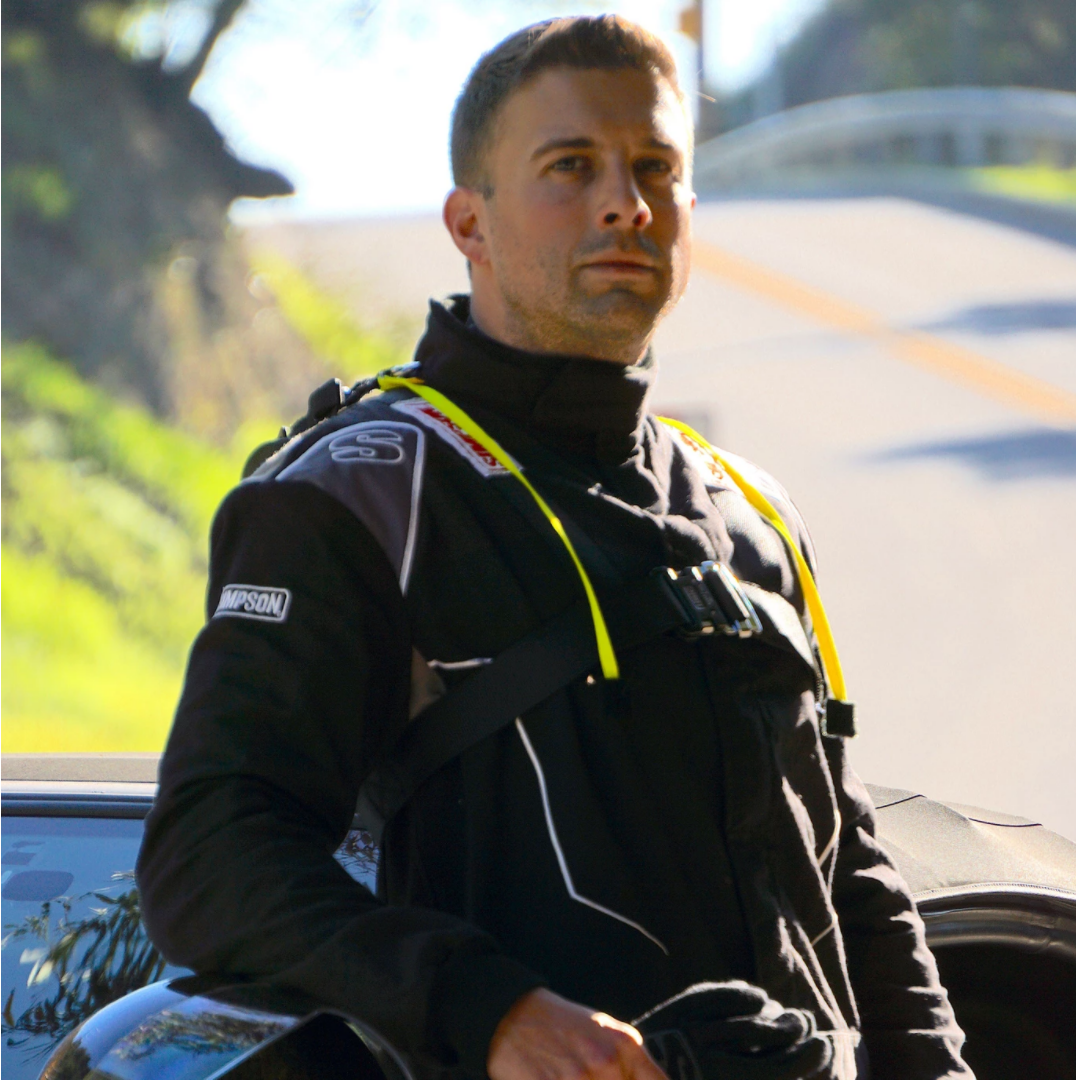 Tell about yourself and stunts, Robert!

Growing up in South Florida, I knew early on that I wanted to be in film and television in some capacity.  After college, I opened a production company with my cousin and spent the next 8 years climbing the ranks in Tampa Bay, FL and eventually hit a bit of a ceiling in that market.

I was producing a lot of commercial content, but never felt fulfilled. M y most passionate hobby was always driving and racing.  I found myself spending all my money on racing (which is quite the money pit!).  I came to the conclusion that I'd rather get paid for my passion than paying for it.

So I took my first stunt driving class and my career was born.  I closed the doors on the production company in FL and moved to Burbank, CA.  I proceeded to further my training with Rick Seaman and an assortment of other types of racing schools (drifting, rally, etc).

Fast forward to somewhat recent history, I was always captivated by the work of the Russian Arm teams and felt that driving one was something I knew I would be perfect for.  My experience in various departments including camera, grip/rigging, and of course stunt driving, camera cars seemed like the perfect niche market that I was meant for.

A few years ago, I went all in and have built a camera car company called "Driver's Eye" that is successfully filling the market of projects that would otherwise be unable to afford a top of the line Russian Arm team.

Being a life-long thrill seeker with a racing background who was growing tired of being a producer, stunt driving was inevitably my next step to combine my addiction of adrenaline with driving.

Definitely driving is my specialty, however most recently it's camera car driving.  I've trained a couple other well respected stunt drivers to be my additional camera car drivers for my company and the universal response after the first time doing a training run is "wow, that's a lot harder than I thought."

It's a much different skill set than stunt driving.  Camera car driving requires you to think of what seems like a hundred different things at once.

The easy answer is the adrenaline or for some people maybe it's the idea of being onscreen and seeing yourself in the theater.  But really, it's the relationships and comradery that comes with trusting the person next to you who may very well have your life in their hands.

This story is only my favorite because it was my first official paid stunt driving gig, and it just so happens that it was within days of completing my first stunt driving course.  I know it doesn't normally work out that way for people just starting out, but one of the staff members of the school was stunt coordinating a feature film at the time of the class and he was impressed enough with me at the class to hire me for his chase scene as the lead cop car.

It was a police chase through traffic that ended with us avoiding a road closure and hopping a curb into the dirt and sliding all three cars to a stop.  I was told to slide the police car as close to the picture car as possible, but "without hitting it!"

Well, we went through multiple takes and angles to get all of the chase sequence in the can first while saving the curb hop and slides for last, just in case something bad were to happen, no problem.  We finally get to the end of the day with the curb hop and car slides and they announce they are only doing one take.

Everyone is staged and ready to go, I'm pumped up and have waited all day for the big finale, suddenly it begins to rain.  I get word over the radio that we are going for the take right now and there is to be absolutely no windshield wipers due to continuity with everything we have already shot in broad daylight.  We all agree, so we send it and somehow we all hit our marks perfectly, with pretty much zero visibility out of the windshields.

Everyone was ecstatic that we nailed it under those conditions. It was certainly a trial by fire into the world of stunt driving, and that experience alone has had me addicted ever since.

I've been asked this a lot.  Without a doubt, what I attribute much of my own success to is having a complete understanding of the filmmaking process across departmental boundaries.  So for someone who has no set experience but possesses skills and abilities to become a great stunt performer, you need to find a way to get on set any way you can.

If that means going to be a PA for free on a low-budget project, then do it.  There's something to say about working your way up from the bottom and earning the path that you build for yourself.  Understanding how a set is run, proper walkie etiquette, understanding the different departments, hierarchy of power - you have to know these basic things before showing up on set as a stunt performer and commanding respect.

Many stunt performers are not coming out of film school, so you need to learn the uniqueness of the industry first.  If you're spending every waking hour thinking that all you need to do is train really hard at honing your craft and Hollywood will come find you, you'll learn the hard way that the more you know about a variety of things, the more valuable you are.

It's incredibly competitive out there as we all know.  Training and being the best at what you do is obviously important.  For me, having strengths outside of just driving is what has allowed me to get to where I am today.

Always be learning something new, figuring out ways to be one step ahead of your competition and developing ways to make yourself stand apart from the rest.