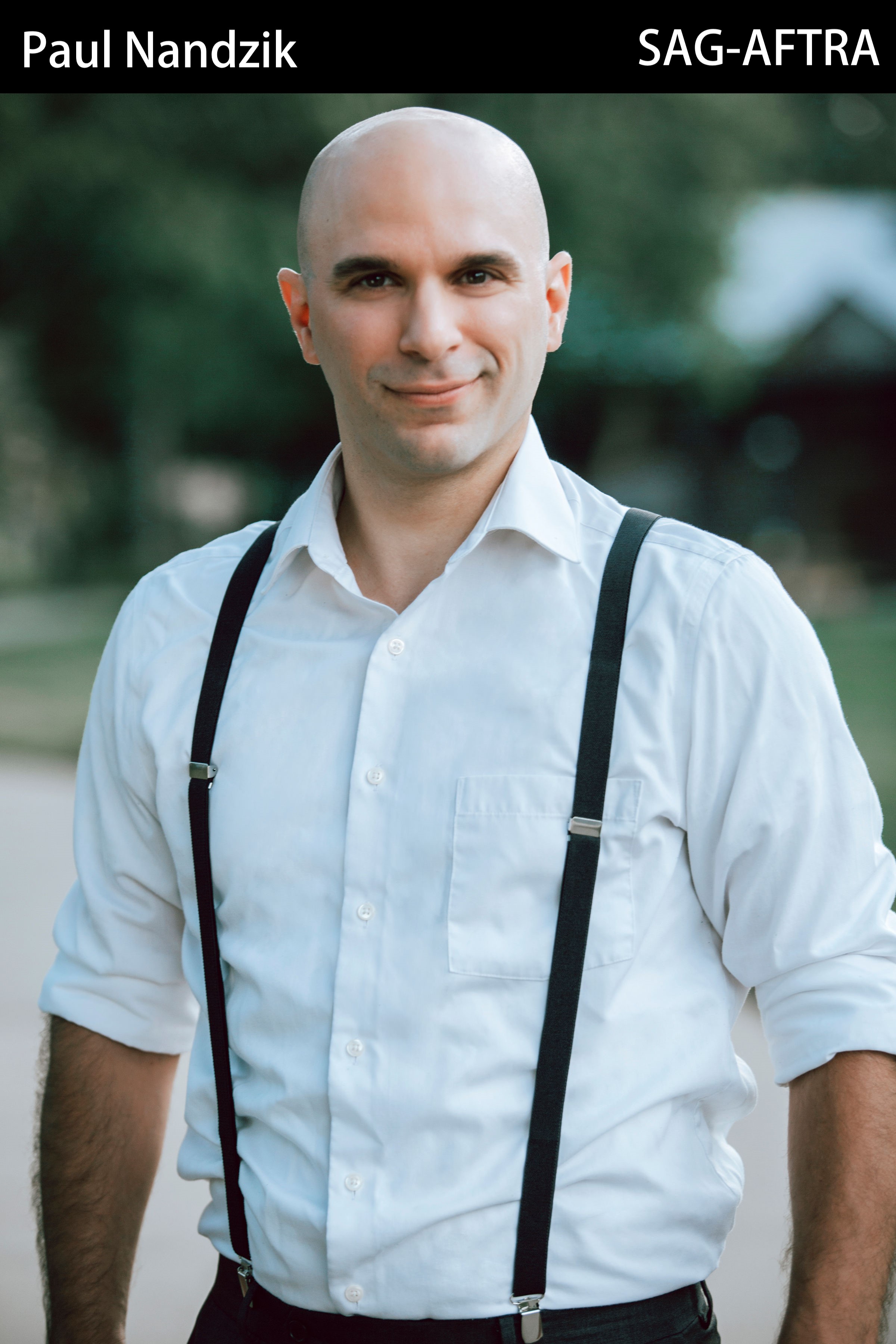 This is probably the most difficult question in this entire thing, haha! Suffice to say that I've worked a lot of odd jobs, including as an electro-chemical etch machine operator (it sounds a lot fancier than it is).  One of my favorites was writing newspaper and magazine articles as a journalist.  But anymore when I'm not working in film I volunteer as a firefighter and EMT and work as a traveling surgical laser technician.  I also own a film production company that I've been using to work on a very fun, special, and vaguely secret project.  And if it sounds like I don't get much sleep...you'd be correct! At any rate, most of my "spare" time, however, is devoted to my daughter, who takes after her father right down to her love of stunts and slapstick.  We've got another daughter on the way too, and I can't wait to meet her and learn about all the things that she loves!

I was sort of thrown into it.  Pun not intended (please don't take away my "dad card!").Not long after befriending a local filmmaker, I was invited to do a death scene in his feature length film.  I'd been on camera and on stage in high school and college, so I knew it would be a fun thing to do.  And who doesn't love the drama of a good death scene??The stunt was reacting to four gunshots, and it was the first - and so far only - time I've ever worked with pyrotechnic squibs.  We were only able to get one take of the gag, but thankfully that was all we needed.  That clip features in every single one of my stunt reels.  It was beautiful! I didn't realize performing stunts was an actual viable career until I was cast as one of Bane's Henchmen in The Dark Knight Rises, where I trained with the union stunties for a couple weeks in Pittsburgh and NYC.  After that I was determined to work and train hard to build up my skills, my reel, and - when I eventually felt ready for it - get into the union.

I know you're asking about on-camera performance skills (foot-falling while making funny Muppet-style noises), but I think following instructions and showing up on set early actually wins out, haha!

Having fun and - on an EXCEPTIONALLY good day - receiving enthusiastic respect and admiration from the talent and crew.

My favorite stunt stories are the ones that happen off-camera. This past Thanksgiving my three-year-old daughter missed a step on the stairs and instinctively performed a PERFECT barrel roll down to the bottom (there were only six steps).  She was fine - just a little shaken up - so I gave her a hug and told her that she did a GREAT barrel roll down the stairs! I saw the thought click in her head and her face lit up with a bright smile.  She scrambled back to the top of the stairs, shouting along the way, "I do better, daddy!"  I assured her she could fall down stairs to her heart's content once she was big enough to fit into daddy's body pads. I swear I haven't actively encouraged her to pursue stunts!!  Although she does like watching my stunt reel, which she affectionately calls, "Daddy Crazy!" Another similar story: A few years ago my wife got up before me and fell down the last couple stairs.  I shouted, "Are you OK?"  "I fell down the stairs!"  "No, I know - a human body falling down stairs has a very specific sound.  Are you OK?"  She was fine.

The obvious stunt skills are important - you can't do your job without them - but the soft skills are equally important.  Mainly being able to be friendly and reasonably humble.  Maybe you're the most talented stunt performer in the world, but if you're miserable to work with you're not going to get much work.Oh, and keep your reels to 60-seconds or less of only your best footage tightly edited, and learn how to format a proper resume!