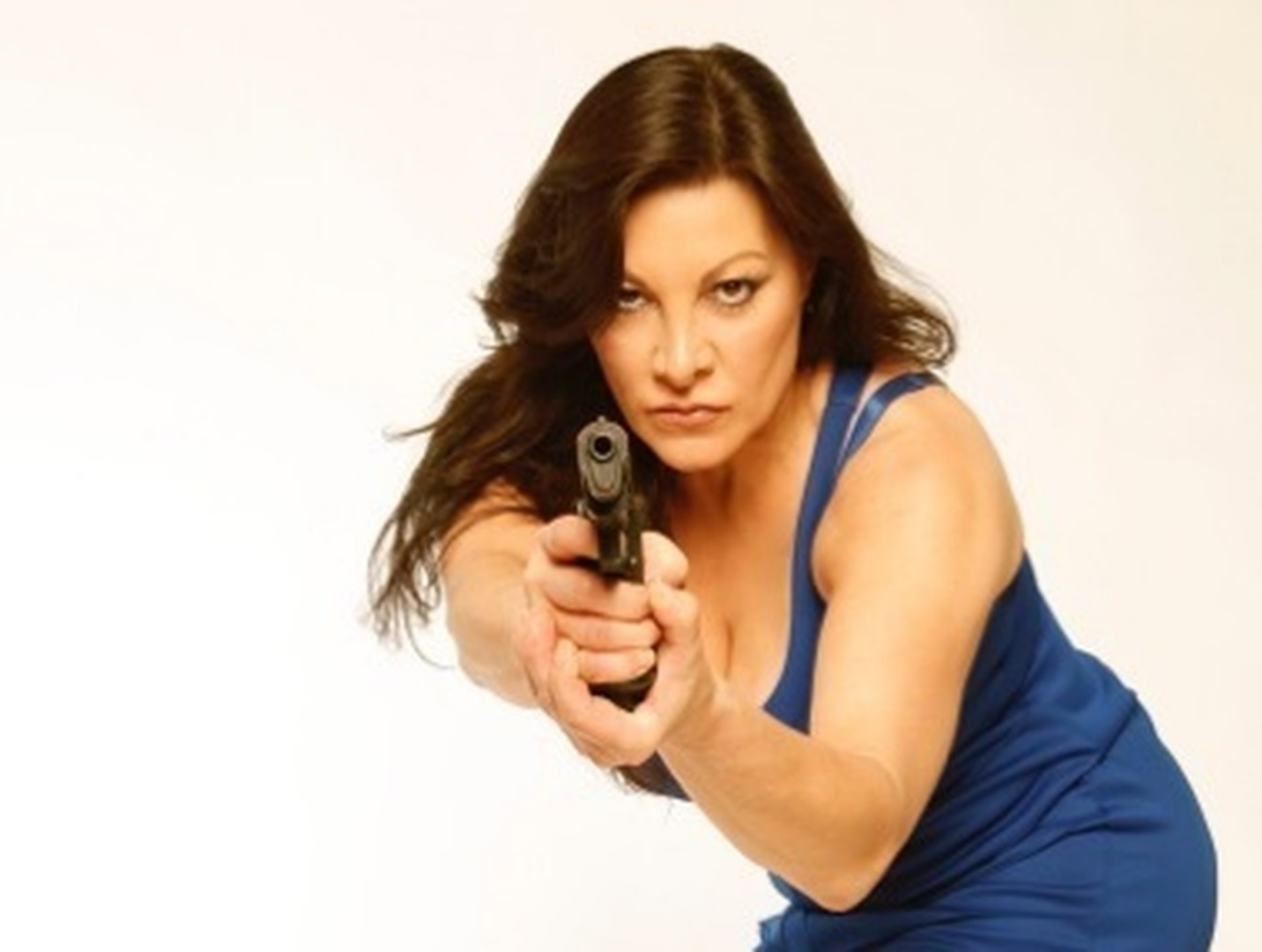 Tell about yourself, Mimi!

Uncle Gene LeBell had a huge part in encouraging me to become a stunt woman and putting down my fighting gloves and boots.  As we all know, he was a professional wrestler and Grappler.

I fought around the world and was on ESPN every week.  My main location I loved to fight in was Japan.  There was the Tokyo Dome with 60,000 fans and that excites you so much before you start a fight, hearing your name chanted by 60,000 people.

After many years of fighting and many accomplished titles, I retired from the squared circle.  I figured being a stunt woman was the closest thing to what I was doing and I could smoothly transition into being a stunt woman from being a fighter.  Pretty much every stunt person has their own greatest skill that they claimed as a stunt performer, obviously mine is fighting.

Being a stunt performer who specializes in fighting has really giving me the opportunity to be in a lot of great action movies where I can show my talent as a fighter and as an actress.  I transitioned from a professional fighter to an action actress, an actress who does her own stunts and doubles for others when needed.

I think the best part of being a stunt performer is being able to show off my talents with safety behind me.  As a professional fighter, you don't get to wear safety pads or fall onto a big air bag when you're hitting the ground.  As a fighter oh, you just have to endure the hits and kicks and deal with the pain later.

With stunts it's so wonderful to know that it's all about safety and that there are other stunt performers right nearby willing to protect you while you're doing your stunts, it's like a big family that wants to protect each other and I love that.

We stunt performers are all a bunch of badasses, we take the hits and punches for the actors who get the glory and even if we get hurt, we stunt performers do not say a thing until we get home.  We take a hot bath with epsom salt and maybe shed a tear in the tub.  But we are not the kind of people who get hired as the tough stunt performer who can endure everything and then complain about it, we'll just go home and take it like the proud stunt performers we are.

I have many all-time favorite stunt stories.  I was Jane Kazmarek's stunt double for many many seasons on MALCOLM IN THE MIDDLE.  She was such a hoot and so much fun to double especially when she was pregnant.

I especially remember working on MILLION DOLLAR BABY for Clint Eastwood it was an amazing movie to work on, an Academy Award winner.  I had four auditions, I was up for the part of Billy Blue Bear but instead they gave it to world-renowned boxer Lucia Rijker and gave me the part to box her.  It was really an amazing experience with Clint Eastwood directing me.  He put his arm around me and Lucia after we finished our boxing match, looked at us both, said great job, and then asked if we wanted a photo of us all together

There are so many wonderful stories I can't even explain how excited I get just to think of every single one.  I love every part of being a stunt woman.  I love going to the set early in the morning and finding my name on the trailer.

I love when everybody gets so quiet when you're about to do the stunts and they feel that they're doing the stunts along with you and then you see all your other stunt brothers and sisters at the sidelines waiting for you to do your stunt and they are all there for safety.  If something happened they would all have your back.

I think the best advice I could give to other stunt people is make connections with the stunt community, work on your trade, work hard on a specialty that you do in the stunt world so you can be known for that and be hired for that.  Always network and train with other stunt performers who know what they are doing.

There is another thing I would like to tell the stunt community about.  I have put together an action star show, 12 episodes, kind of like a Stunt 101.  It is on Amazon Prime and it takes eight very young, green actresses who are striving to become action stars.  I get the best of the best to train them each week and then they have to perform the stunt.  Oh, this is a great show for anybody, new or old in the business.

This is the show is entitled AMERICA'S SUPERWOMAN.  I produce and host the show. This is all basically from my whole entire career showing what it has taken it to become a stunt woman in Hollywood.  12 episodes of action packed 'how to become an action star.'  If anybody is interested in reading my memoir/biography, it is entitled TO BREAK THE CHAIN - REACH FOR THE HEAVENS.  It is on Amazon, Audible, and also in every Barnes & Noble bookstore.

‍Anything else you would like to tell the community about?

I suggest every stunt person tell their story, write your book, or write your script - it will be told and many will be inspired by your story.  I believe telling your story is a great way to inspire others who want to become stunt performers.