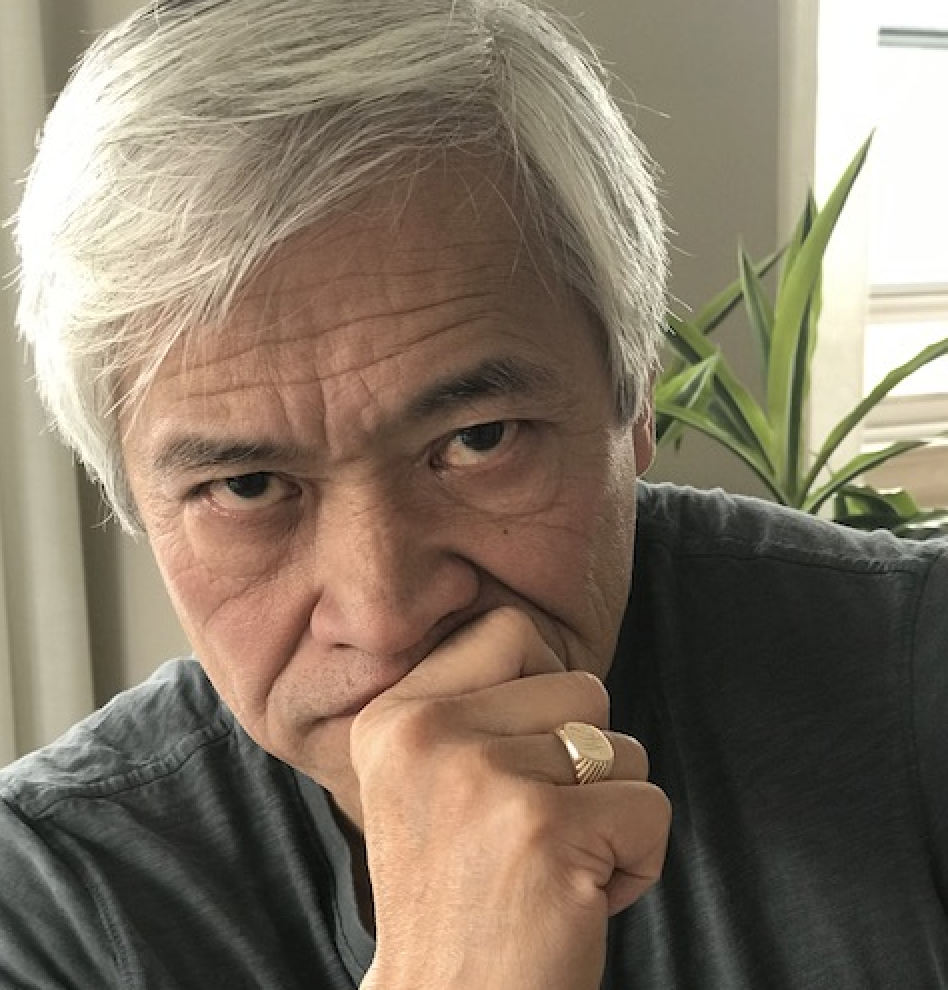 Tell about yourself and stunts, Michael!

I wanted to act.  I didn’t start out to do stunts.  Truthfully, I didn’t know what I wanted to do in college.  But as most stories go – there was a girl.  She wanted to be an actress and she talked me into taking acting classes with her.  I became hooked on Theatre and as the story goes - she moved on.

I majored in Theatre at Hunter College in New York City but dropped out in 1977 to pursue acting.  I was able to obtain my SAG card thanks to a series of waivers. There weren’t many Asians working in the business back then, so I was able to submit for union jobs.  Interesting enough one of the waivers that I got was for the classic movie THE WARRIORS, where I played a Chinese gang member – a theme that would follow me throughout my early career.

Also, in 1977, I became one of the founding members of Pan Asian Repertory Theatre which was and still is the oldest professional Asian American acting company on the East Coast.

In 1980 I got my first big acting break, booking a role at The Buffalo Studio Arena and getting my Actors Equity Card.  I played an Indonesian houseboy in a production of Somerset Maughan’s “The Letter."  After spending two months in Buffalo I returned to NYC determined to find an agent.

Everywhere I went I kept getting the same question: “Do you know martial arts?”  Unfortunately, at the time I didn’t.  I knew when I was licked. I started studying Northern Shaolin Kung Fu.  The best move I ever made.

Now signed with an agent I booked a recurring role as Wang, the cook in the TV soap “Texas” which was a spin off from “Another World."  I did that gig for four years, thus getting my AFTRA card, the final of the three acting unions.  I also managed several appearances other soaps (Ryan’s Hope, Another World, As The World Turns) and on SATURDAY NIGHT LIVE.

The 1970s and early 1980s were lean times as I found myself waitering, working in advertising at the Art Directors Club and working as a Good Humor Man.  I also picked up a lot of gigs working as a non-union stage hand.  I was building sets and hanging lights all over the city as a freelance “Stage Tech."  I even spent a few years with the Negro Ensemble Company as their Master Carpenter.

In 1985, I booked a principal role as a jive talking, hip hop dancing, too cool for words soul brother in “Berry Gordy’s The Last Dragon." That was a lot of fun, a highlight of my career.  Ironically, I went in to audition for a fighting role, but when I read the sides, I knew I wanted to be one of the “Soul Brothers”.The Society of American Fight Directors (SAFD) entered my life in 1988.  This is a national organization whose purpose is to teach safe and effective fighting techniques for film and stage.  My association with the SAFD paid off almost immediately as I was cast as the lead in an episode of: “Kung Fu: The Legend Continues”, starring David Caradine.  I played a student dissident, one of the leaders of Tiennemen Square.

With my martial arts background and newfound stage combat prowess I was able to convince the stunt coordinator to allow me to do my first Union stunt gig.  It was a fight between myself and a knife wielding punk.  I was hooked, I wanted more.  And the fact that I got a bump for something I would’ve done for free made it all that sweeter.

The following few years were pretty good. I managed to parley acting gigs into stunt bumps convincing stunt coordinators to allow me to do my own fights on episodes of, The Equalizer, Kay O’Brien and Gideon Oliver. In all three episodes I was cast as a Chinese thug, as I said, a theme in my early career.  Also managed to get roles on the three Law and Order franchises.In the 1990-2010s my focus shifted more towards teaching and choreographing fights primarily for the stage.  I went back to College after a 30 year hiatus and got my BA in Theartre from Pace University. I became a Master teacher with the SAFD and used that to get teaching positions at Juilliard, Pace University and Muhlenberg College.  To this day I am still working at those schools.

My stunt career took a re-birth in 2015, when my buddy Danny Wong, a fellow stuntman told me of this project.  They were looking for Chinese actor who could fight.  It was a featured role for the pilot episode of “Blindspot”.

I had an acting audition and performed a kung fu form and I was cast to play a wife beater who eventually gets his butt handed to him by Jaimie Alexander.  That gig seemed to have opened doors as in the subsequent years I booked stunt gigs on Madam Secretary, The Blacklist, Blue Bloods, Dare Devil, The Defenders, John Wick 3, The Kitchen and Red Dead Redemption 2.

I was 62 years old when I booked Blindspot. By the time I did John Wick 3 and The Kitchen in 2019 I was 65.  Proving the old adage: “It’s never too late."  I keep in shape.  I work out and teaching stage combat and choreographing fights keeps me active.  I even managed to book some CGI fighting.  Not too many guys my age, Asian or otherwise can still do this stuff.Most if not all of my gigs involve me getting beat to a bloody pulp.  As I tell my friends: “someone’s gotta do it.  It might as well be me."

Going into college I didn’t know what I wanted to do with my life.  Then I discovered Theater and I wanted to be a serious actor.  At first, I rejected the Bruce Lee stereotype that was portrayed on screen.  He did more for Asian actors to help our image.  He also did a lot of damage.

Eventually, I embraced the martial arts and used it as a tool for my career as an actor and as a stunt performer.  I grew up playing sports.  I always worked out. I remember going to “Jake La Lanne’s” and working out when I was 19.  I was the only Asian guy in the gym.

So, it also goes without saying that there were not a lot of Asian actors who worked out.  The opportunities for Asian stunt men were there although they were few and far between.

In 1983 I booked three national Olympic Commercials, for MacDonald’s, Coca Cola and Texaco, where I played an Asian athletes: Japanese, Korean and Chinese, respectively.  Unfortunately, none of the commercials ran because The USSR boycotted the Olympics in 1984, which kind of took the air out of the campaigns.

‍What is your greatest skill as a stunt performer, is there a story behind it?

I guess my greatest skill is patience and that I’m a pretty decent actor.  I didn’t get any stunt gigs in my 30-50s.

All of my stuff came early in my career and they were because I had booked principal roles whose characters were evil and could fight.  As I mentioned, I got cast as an actor and talked my way into getting bumps.

I think the best part of being a stunt performer is the respect that you get on set. You get treated differently.  I’ve had principal roles and I’ve done Union background work and you can’t beat the way people treat you when you’re doing stunts.

When I booked “Blindspot” we were rehearsing the fight scene where Jaimie Alexander kicks my butt, after rehearsal the producer came up to me and asked if I would mind if they dyed my hair.  My hair is salt and pepper, but mostly salt.

I said, no I don’t mind, why may I ask?  "Because it looks like she’s beating up somebody’s grandfather."

Just to be respectful of everybody and enjoy it while you can.  Appreciate what you have.  And to keep in shape.

I guess it’s a sign of the times, but in all my stunt gigs, I either played an evil henchmen or poor victim.  I guess as stunt performers our job is to support the script.  Present the classic battles of Good vs. Evil.  You just have to accept it and leave the politics to the writers.

And last but definitely not least a big thanks to my fiancé Patricia Malone for being by my side for the past seven years and supporting me even though she thought I was crazy for doing this stuff.  We were supposed to get married this month (May) but because of the pandemic that was put on hold.  But as they say true love is worth waiting for.