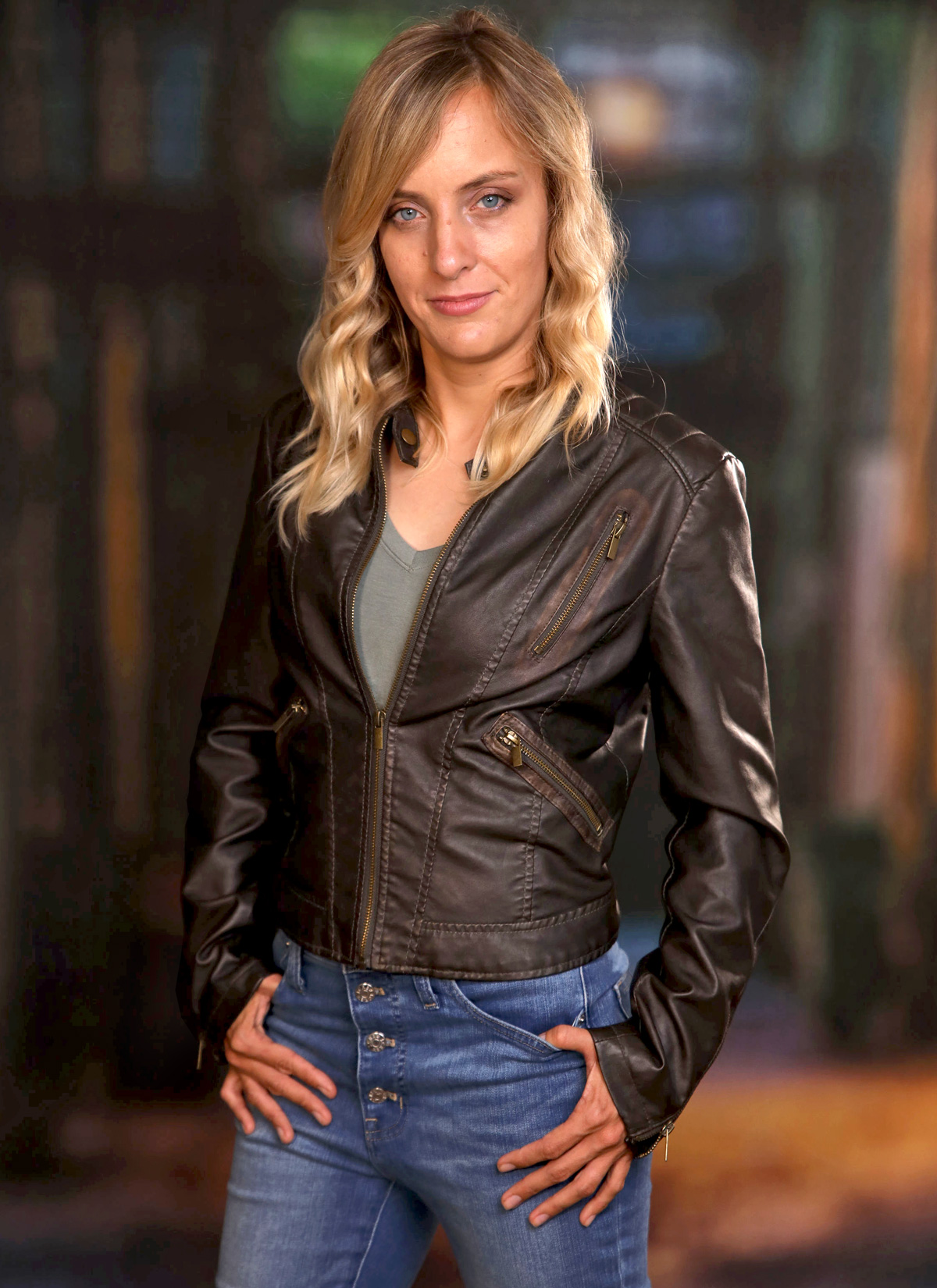 My background starts with bouncing around doing different forms of movement since I was little; first gymnastics and dance, then martial arts, and finally collegiate fencing. Originally from Austin, Texas, I started my stunt path by literarily googling "stunt class" where I found one of my first mentors, Richard Hancock, hosting a weekly open stunt gym. After that, I mainly trained with local groups doing on-camera fighting and how to hit the ground. I got my first gig from Jeff Schwan, who offered me some crucial job opportunities where I rounded out my basic stunt and set etiquette skills. After three years and joining SAG, I moved to Atlanta, GA. In 2017 I decided to get open water scuba certified to diversify my skill set. Since then, I've meet and had the opportunity to work with two more of my mentors, David Paul Lord and his daughter, Alexis Lord and am currently working on my Dive Master candidacy.

I know you see this a lot, especially for the stunt women, but the short answer is Zoë Bell. The first time I was even exposed to the occupation of stunt work was through the documentary "Double Dare" which aired on Netflix. I was an avid watcher of Xena Warrior Princess and later Buffy the Vampire Slayer, Alias, etc. I drew a lot of inspiration from strong, ass-kicking female lead characters taking on the world with no apologies. Secondarily, I've always found freedom in movement, but never been great at competitive sports that involve a lot of running or the throwing and catching of balls. Ha! Thus the fencing, and when I transitioned out of that I found that I really enjoyed the storytelling aspect of stunt work. You can use action to non-verbally tell entire stories, character facets, express emotions, or all of the above! The beauty of movement/action to me is that it is as diverse as the people that weld it and can express a form of truth that is very pure!

In this industry talent is everywhere - I seen and met people who can do unbelievable feats and have spent their lifetime perfecting their craft. Now-a-days, many stunt people carve out a niche specialty skill that boosts their success and inspires people to say things like, "be the best at what you do!" For me, especially because I didn't learn of the existence of stunts until I was 24, and even though I've found water work to be something that is bringing me success, I would say my greatest skill set is problem-solving. Being able to look at a situation, assess potential needs and then take on whatever role in the team to best get the job done, is in my opinion, an invaluable skill as a stunt performer. Foundational in this skill set is flexibility, humility, avid listening, taking initiative, and, ultimately, taking nothing personal. As far as there being a stunt behind that? I would argue all my stunts happen because of it! :)

Dude, I love doing stunts. I mean don't we all here, but really it's in the doing of it. Being on set, in make-up and wardrobe, realizing there is a swarm of people each working hard to bring their skill set to the table and then it all comes together with the action in front of the camera! It can be the same reason that it's stressful, the pressure of it, and getting it right. But once you've visualized it, rehearsed it, and the cameras are rolling and you get the chance to bring that action to life and physically feel what was only a theory on storyboards expressed through your movement, that's the best!

I love that you ask this, is probably my second favorite thing about stunts, the stories! One of my favorites is getting to meet Zoë Bell. I had only just begun pursuing stunts and she had just released her film "Raze" and was doing a circuit of premieres, one of which was in Houston, TX. One of my stunt buddies, who knew how she had influenced me, called me up and was like, "Do you wanna go to this?". It was literally the day of the event and a three and half hour drive to Houston from Austin. We booked it and got there after Zoë had done an introduction and was walking to her seat to watch the film with everyone. I didn't know that she was staying for the entire double feature, Raze followed by Deathproof to do a Q&A and I really wanted to let her know that she had inspired me to do stunts. So I basically bum rushed her as she went to sit down and very abruptly shook her hand, leaned in and said, "You're the reason I'm going to become a stuntwoman!" She didn't really have time to react because I embarrassingly ran off to a seat and the film started. When I realized she was staying for the Q&A, I got in the very back of the line and ended up talking to her for over an hour and she was so cool about the whole thing! She signed my movie ticket with "You Rule!" and I kept it with some of the other movie tickets I have from films I've worked in. That meeting definitely inspired me, especially through some of the more difficult beginning years.

I just had breakfast with a good stunt friend of mine that I haven't seen in, well almost a decade, and something that is resonating with me right now that we discussed was practicing the things that you feel the worst at, so if for whatever reason you need to do them, you can, even if you don't enjoy it. For those newer to stunts something that regularly helped me on set is if for whatever reason you are not 100% sure of what is happening in the shot you are about to preform or even if you know that someone else is not sure what is happening, address the coordinator (first if possible), DP, or director and say, "So we are..." and state exactly what you are doing so that they can confirm with a simple "Yes" or "No". In stunts especially, it is crucial that you know what is happening down to a "t" and that you play your part correctly.

Well, thank you for reading my story! I don't have any projects to plug currently, but I would like to say to every single one of you, "You are awesome, keep pushing!"