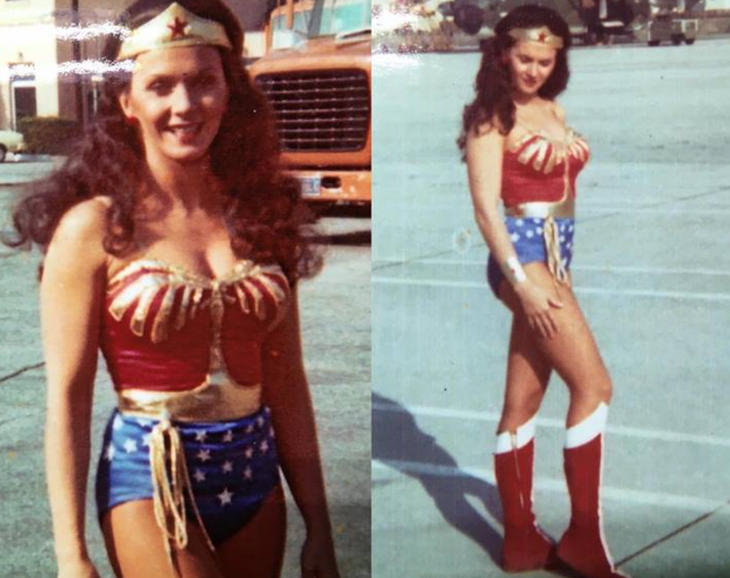 Tell about yourself and stunts, Kim!

In 1969 I had an acting scholarship to Pasadena Playhouse.  I had won the best character actress award.  So I got a job at Circus-Circus for the summer to save money.  But then the girl in the trampoline act asked me to take her place so she could go into my adopted brother's band but there was no way her dad would let her go.

So the trapeze act was there and they needed someone.  I joined them.  I went to LA and meet Bob Yerkes then went to Europe.  When I came back Bobby called me to do WONDER WOMAN. I had trained in Europe in the teeter board act, pole act, and trapeze act.  So I came to LA and did aerial for  WONDER WOMAN.

I would stay at Bobby's, I met the Epper family, and worked with Jeanie.  I would go back and forth and met many stunt people.  In the 80’s I met Wally Crowder and Jack Gill and so many others.  I got involved with Nevada SAG-AFTRA Board.

Conrad Palmisano was on the stunt board, he came here to film LETHAL WEAPON.  I ended up working for him on RUSH HOUR 2.  Most movies that came to Vegas I worked on.

I would go to LA often, I still go there.  I have a place to stay in Studio City.  And I can always stay at Bobby Yerkes.  Las Vegas is getting more of my stunt partners moving here.  I hope that filming gets back on track soon.

What was the hardest stunt you ever had to do?

The hardest stunt I did was a 5 story jump from the USC dorm for WONDER WOMAN.

It was difficult because after all the falls I had to land on my feet.  So the impact was strong.  I always got a bruise on my chest from my chin hitting it.

What was the best stunt you ever had to do?

My favorite stunt was the dive off the back of the boat in the WONDER WOMAN leotard.

On Con-Aire we ran with explosives going off and had to keep putting my hands behind me as the fire was flying and my behind was getting hot.  I met so many new friend on that: Eddie Braun, Barbara Anne Klein, Kenny Bates, Joel Kramer, the Picerni Family, Sandy Gimple, and so many others.  I love working in the movie world.  I was taught by the best

The most important thing I can tell the youth is to practice, practice, and the more you study all sports the better you are.  You have the right to say 'no' if it’s too dangerous.  They will tell you you’ll never work in the biz again but your life is more important.