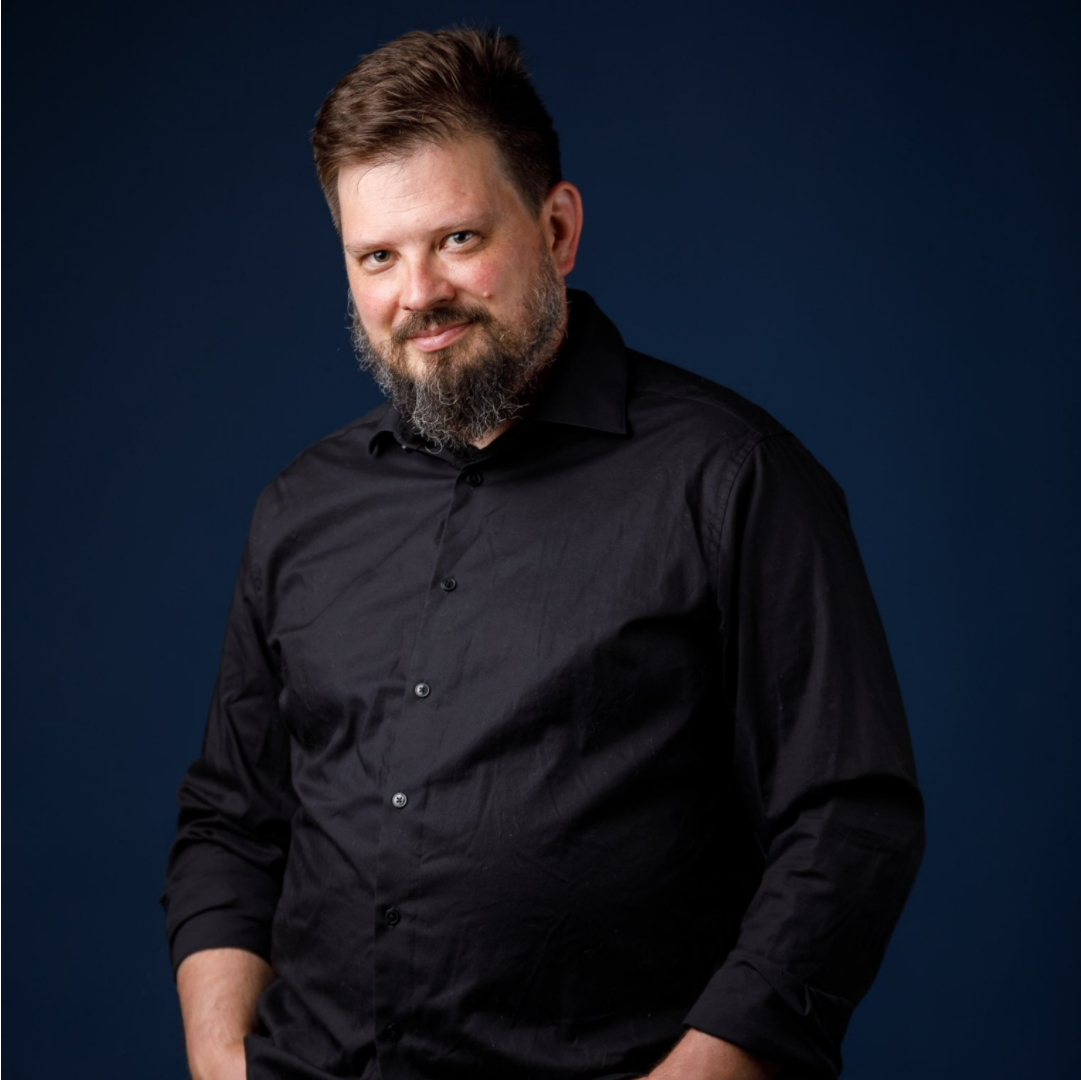 I think like many folks as a kid I was drawn to action; I used to play "Robin Hood" in the woods behind my house, stuff like that.  But then once I started exploring the world of performance, I found fights were just a fascinating part to be involved in.

There's that balance of the very real need to react, to perform these very real physical actions, while at the same time there's an element of illusion at play, where we fake the physics and can be actually looking out for each other instead of trying to hurt each other.

The mix of movement, acting, technology/props/toys, of work and of fun, of aggression and cooperation, was super appealing to me.

My day job for the least decade plus now has been teaching stage combat, movement, and acting, currently at Case Western Reserve University and the CWRU/Cleveland Playhouse MFA program.

Teaching a constant stream of young actors the basics has been a great way to check my own training and ideas, especially when combined with the chance to train with the Stunt Predators USA group (monthly, when in non-pandemic times) and other groups.

I just moved to the Northeast Ohio region a few years ago, and it was great to be able to join Mr. Fike's group here.

As a performer, probably weapons work.  I've trained in a mix of stage combat and movie stunt fighting for decades now, with some martial arts and fencing mixed in as well, plus I run a prop weapons rental business so there's always props for me to work with.

I understand the props and armoring side of things as well as the performance end, and have put in the time to be convincing whether swinging a sword or clearing a jammed gun.

The other thing I've really specialized in is fight choreography.  I've coordinated or choreographed over a hundred fights for the stage and screen working with everyone from talented martial artists and stunt performers to completely untrained and physically unskilled talent, keeping them all safe and looking... well, as best as possible given the time and resources allotted, which is of course a pretty wide range.

Getting to play!  Sure, it's not all fun and games, but when you get the chance to get a cool sequence up to speed with a good partner or team, that's the purest form of play I know. We get to play the best kind of make-believe there is, and get paid for it!

Put the time in to train, to warm up, to stretch afterwards, and don't be afraid to use pads whenever you can get away with it.

For anyone either just getting started, or wanting to learn a bit more about other aspects of producing fight scenes, I have some books in print you might be interested in: The Theatrical Firearms Handbook (which also gets into screen use, not just live theatre) and The Screen Combat Handbook (which gets into everything from design to cinematography to editing, as well as stunt staples like fighting and choreographing).