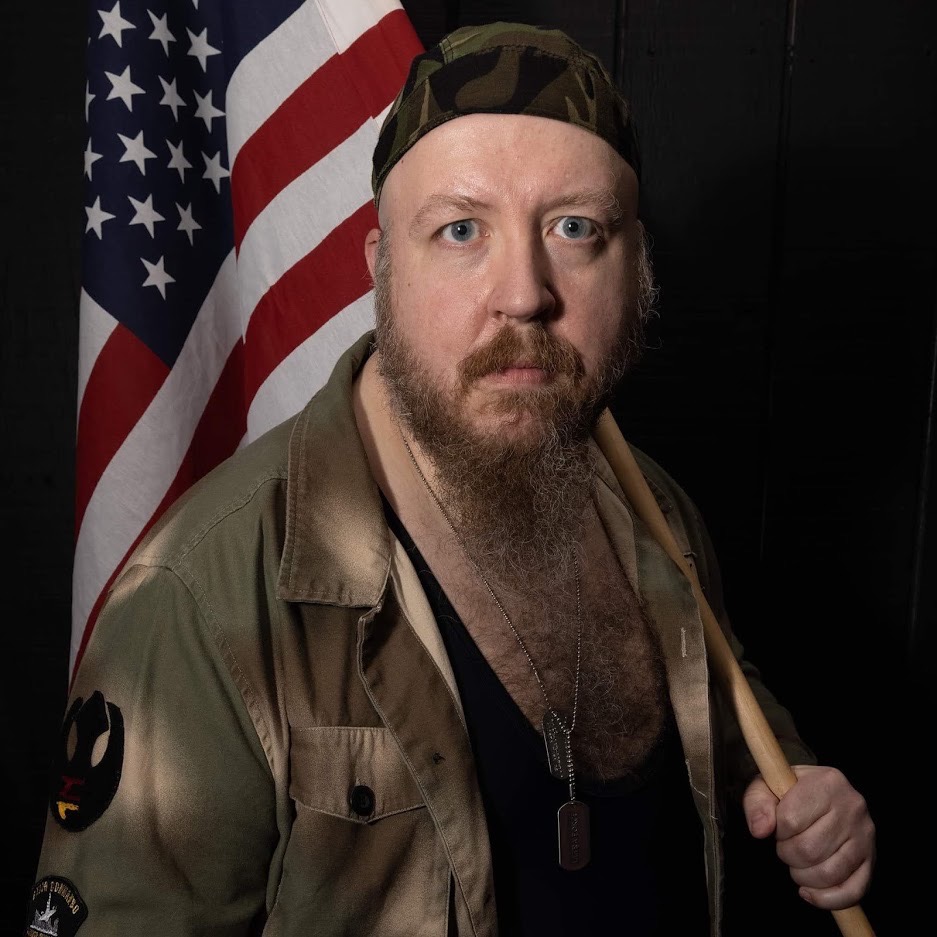 Tell the community about yourself, Ken!

My name is Ken Rose (or Blackhawk to North-East Ohio wrestling fans).  I have been a performer, in one form or other, my whole life.

I started to train in pro-wrestling at 26 and was hooked.  I met my wife (who is also a stunt performer) in the wrestling ring a year later.  In 2012 we were extras for the first time on the movie Underdogs.

Soon after that we were told that if we wanted to work in stunts to contact Mr. Rick Fike and Stunt Predators U.S.A.  So, in early 2013 we started to train and work with Mr. Fike.

I am an independent professional wrestler and thought that the skills that I learned there would translate well into the world of stunts.

I love the chance to help tell part of the story safely through my physicality.

Find a stunt group in your area and continue to train whenever you can.  That is the best way to stay safe and be ready when the call comes.