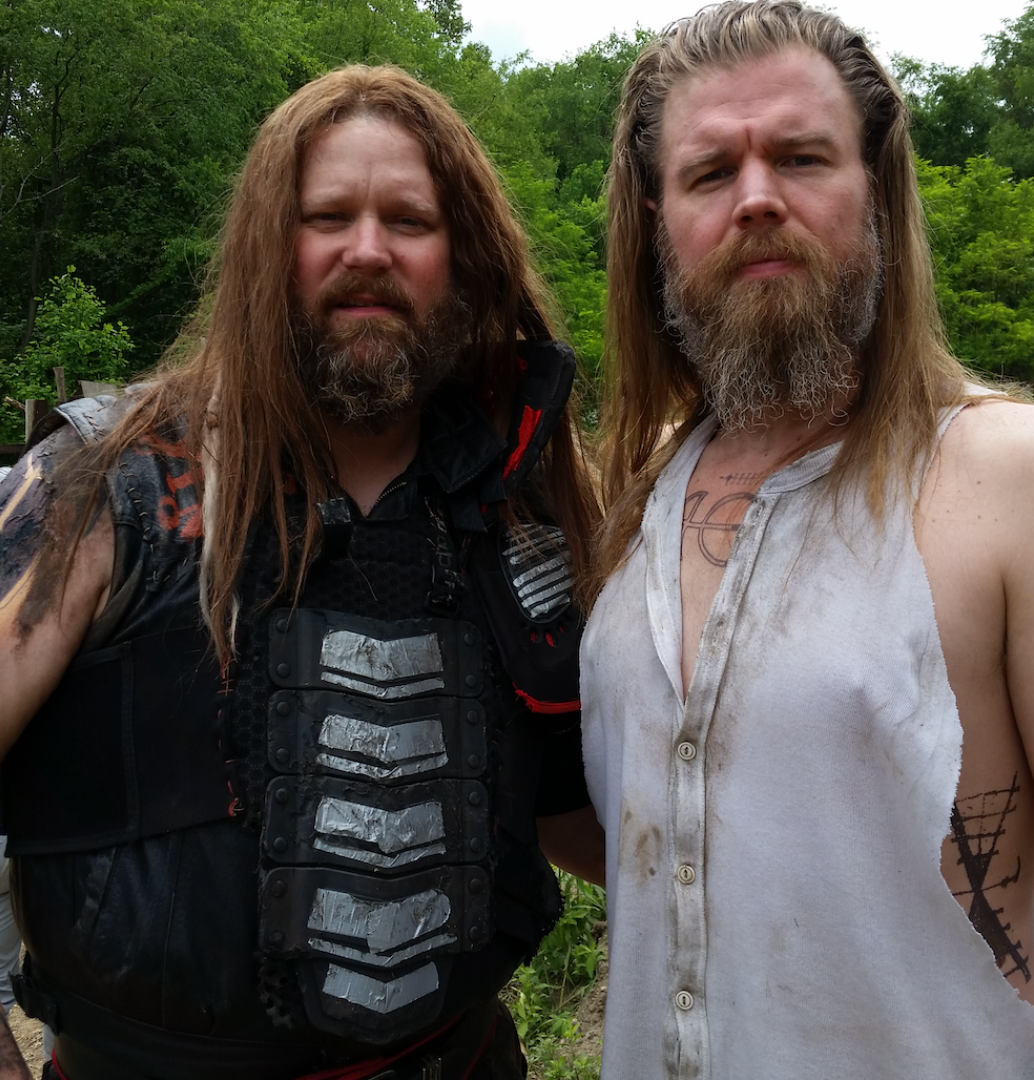 Tell about yourself, Jay!

I was born and raised in Detroit, Michigan.  I grew up playing hockey, basketball, and football.  I was a very physical kid, always playing whatever sport I could.  I also grew up a huge fan of film and TV, especially science fiction and action.

As a kid in school, I was known to constantly be tumbling, and doing dive rolls over desks and what not.  When people asked why I did things like that, I always said I was going to grow up to be a stuntman, even though coming from Detroit, I had NO idea how I would accomplish that.  But it was always a dream of mine.

I was always a big fan of professional wrestling as well.  I dreamed of becoming a pro wrestler myself, but again, being from Detroit, didn't have any idea of how to become one.  And then, while working with a local Detroit radio show doing silly on air stunts for them (being pepper sprayed on air, etc.), I met a local wrestler.

He invited me to a small, local show, and I fell in love.  I went home that night, researched wrestling schools, and enrolled immediately.  I became a professional wrestler, and have wrestled all over the midwest and Canada, and have had a few matches with WWE, as well as Impact Wrestling.

During my wrestling career, in 2011, I suffered a broken back in the ring.  At that point, I was no longer wrestling with the goal to be signed to a WWE contract, so I decided for my health that I needed to slowly retire from wrestling.  But the hardest part was the thought of leaving behind a life of performing.

I was singing in a cover band as well, but I guess I just have a strong performer's instinct, and wanted to find another career that would reflect that.  At the time, still living in Detroit, I still had no clue what I would do.  And then, an amazing thing happened.

The state of Michigan had a great tax incentive for filming, and during a 3 year stretch, productions started pouring into the state.  One of my best friends, Zach Gowen, was a one-legged pro wrestler that I traveled and worked with for years.  Well he had been hired to do a stunt on a war movie that was being filmed here, where a cannon would blow off his leg.  I was absolutely fascinated that one of us could get a job doing stunts!

Eventually, I started getting hired to do stunts myself.  And the rest is history.  But those guys helping me out along the way was instrumental in me breaking in, and I'll be forever grateful!

I've never been a martial artist, but through my years of pro wrestling, I feel my reactions and selling are my strongest skills when it comes to ground and pound style fighting.

In wrestling you learn to use your facial expressions and body language to connect with the crowd, and I feel like I'm pretty good at doing that.

The best part for me is the brotherhood.  Wrestling was the same way.  We've all paid the same dues, and gone through alot of the same experiences.

And due to the dangerous aspects of both businesses, you have to be able to trust the people you work with, sometimes with your life.  And that builds a brotherhood and sisterhood in the community.  That family aspect of it is the best part for me.

To learn patience.  This business is tough.  It's filled with rejection, and that's something you have to learn to be ok with, and to put it behind you.

If you get to worried about all the gigs you DON'T get, you won't be properly prepared for the ones that you DO get.  It's tough, and you have to grow some thick skin.

I absolutely love working with new people all the time.  I've been very lucky to work with some amazing stunt performers, and I try to learn something from each and every one of them.  If I haven't worked with you yet, I look forward to it!