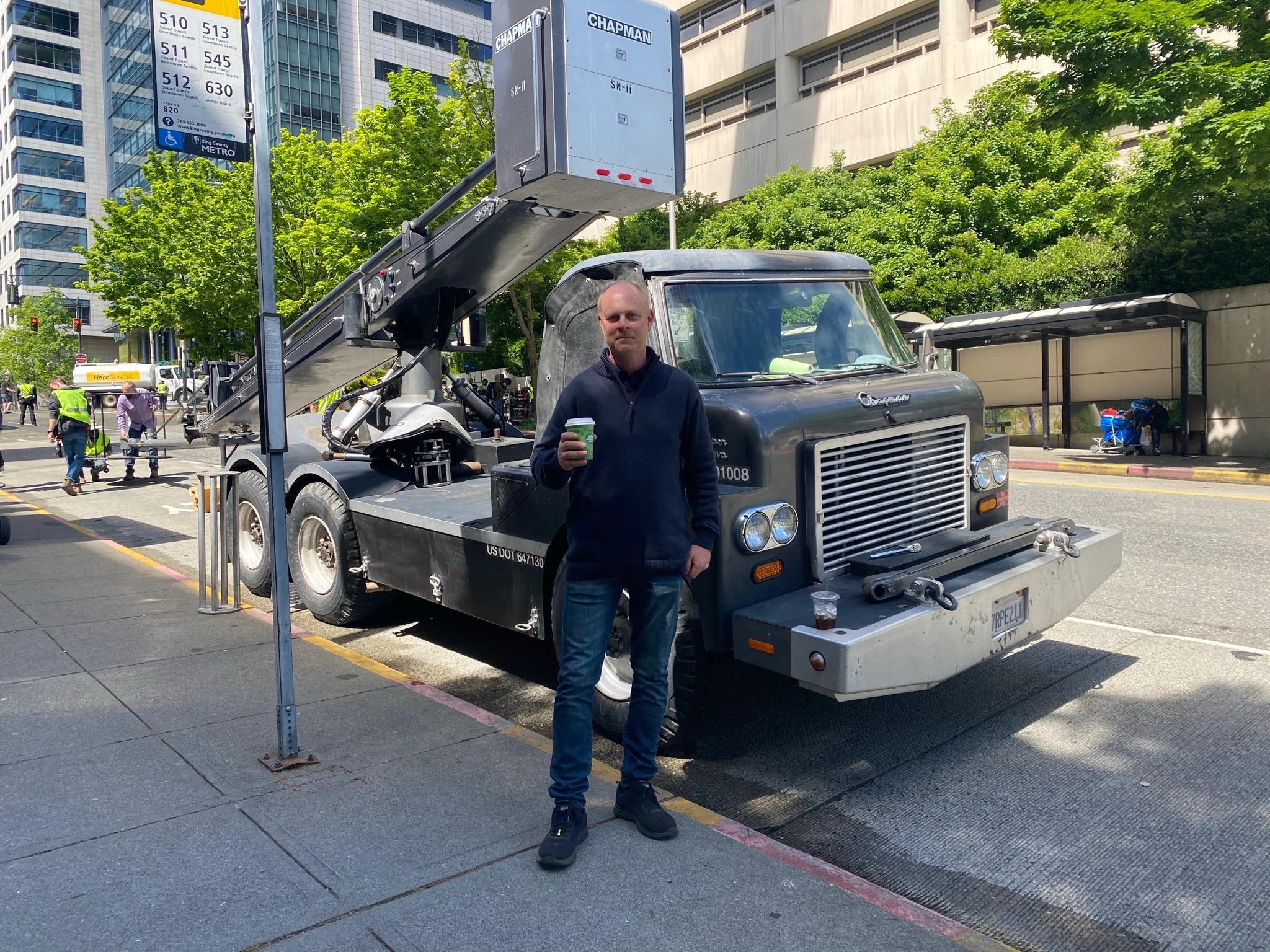 From a dirt road driver, mechanic, fabricator, car Restoration and construction background,  pursuing stunt car fab and driving seemed like a fit. Spending several year picking the late Buzz Bundy’s brain was a huge help as he did over 6000 car jumps and about the same amount of car skiing.   I’ve incorporated data from many years of car jumps and car related specialty stunts for many projects including some involving, BJ Baldwin, Travis Pastrana, John Schneider, Ken Block, Rob Dyrdek, several feature films, Television shows and a host of commercials.  Pursuing car skiing has been a great calling card and a method to keep the stunt skills honed.

Meeting the cast of The Dukes of Hazzard in 2001 was a stepping stone to a childhood dream. Talking and working with legends like Corey Eubanks, Gary Baxley, Russell Solburg, Al Wyatt jr, Henry Kingi, and several others at live shows for several years was another great opportunity to learn some ins and outs of film work.

After years of Television commercials, Shows and Feature films, doing a live show with the cast of Dukes made me stop and think a minute. I ramp to ramped the General Lee for the crowd on day 1 and on day 2 the actors wanted to be involved with the stunt portion of the show, so to have the Real “Bo and Luke”  our sliding cars around with us was not only a treat but a childhood dream. So even though there was no financial profit in that show, I wouldn’t trade those times for any amount of money.

There are dozens even hundreds of very talented drivers, however they sometimes get  caught up in the moment of showing their skill and forget about the business of getting back to one safely, consistently the same way.  Years ago the agency I was working for noticed that I took an  extra minute to park the picture vehicle straight and in line with the other vehicles, clean my trash out as I left it, and looked it over as I walked away,  i’m usually the first call for work for that agency for over a decade because I got back to one safely and took care of the vehicle.  So it’s not necessarily how much skill or talent you have, but it’s how much since you exercise through the whole day.