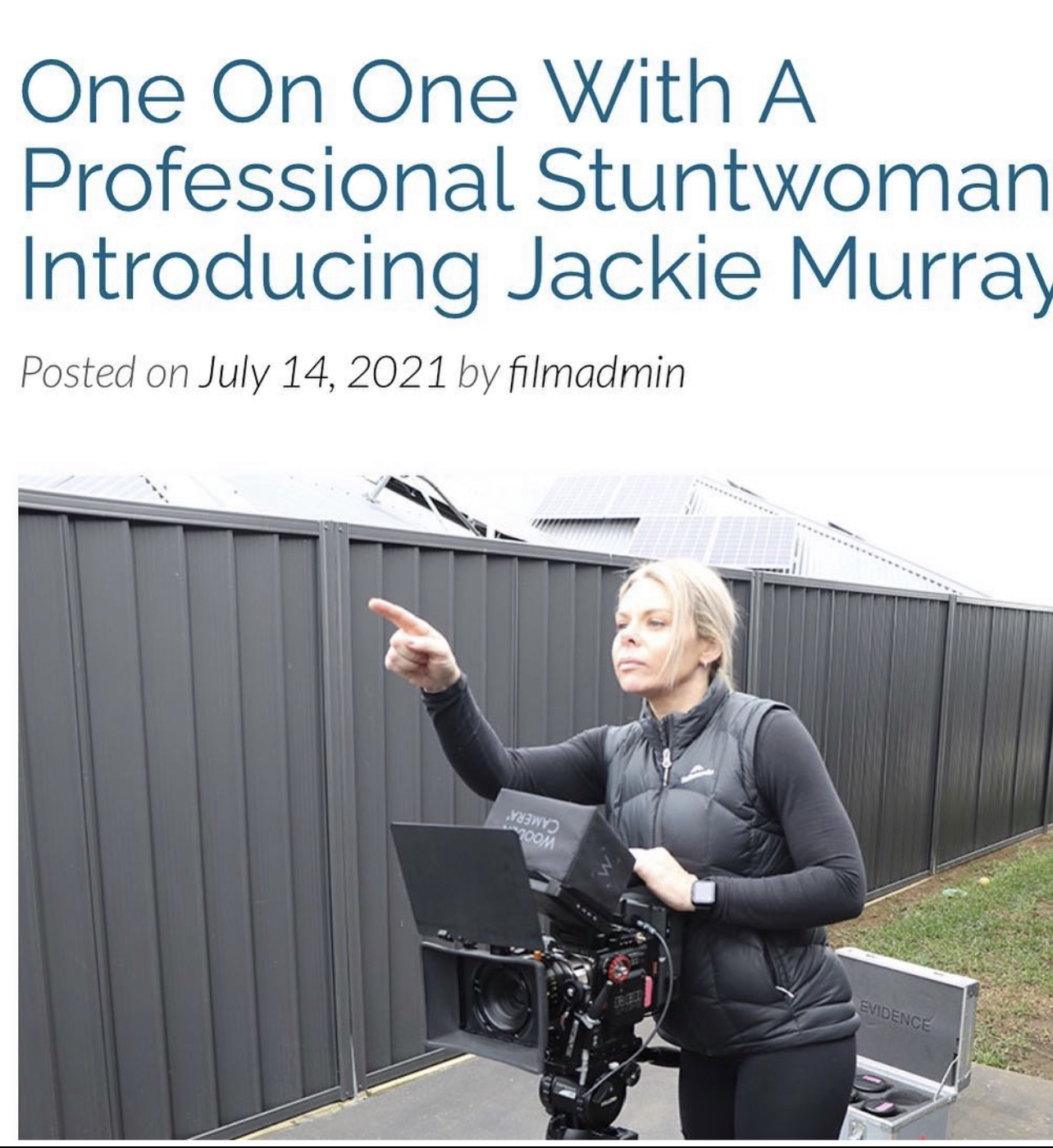 I was raised into a Martial Arts Family, I trained here in Australia and Hong Kong. I have had many Accomplishments along the way including multiple titleholder I was inducted into the Martial Arts Hall of Fame twice and I currently own Martial Arts Dance, Gymnastics, Parkour & Stunt Training Schools. I have been acting since I was a child I also became a first assistant director and a qualified stuntwoman, assistant stunt coordinator and soon to be a stunt coordinator. I am also The founder & owner of MDG MANAGEMENT talent agency - A talent agency for cast crew extras stunt Actors and specialty performers.

What inspired me to become a stunt actor was basically my background in Martial Arts dance gymnastics and acting. But it was actually a close friend of whom I was his  martial arts instructor Who got me on for my first job I had great encouragement from him which helped build a great foundation. I also met my husband who is a stunt actor and we created a great team which built my inspiration even more.

Quite funny because everyone thinks it would be Martial Arts given my background but in actual fact I actually love full body burns and car knockdowns I totally love all the other stuff that comes with Stunts even if it’s just taking a basic wreck but I really get a thrill out of action directing. Over the many years particularly 8 years ago just after having my 3rd child I remember 3 weeks just post having a c-section I was back at work and my first three jobs were a full body burn, a car  knock down and a fight scene with the late Shane Warne all in the same week!

My Favorite Stunt Story well from being set on fire getting hit by cars taking wrecks doing fight scenes getting shot and role playing different people and characters I do have to say my favorite experience was getting to work with the late Brad Allan on Shang Chi - Marvel having a short experience over a few weeks working with Brad and his team was an amazing learning experience, Brad taking his time to help guide me on set and away form set was my favorite experience to this day.

Make sure you really love Stunts… But advise I would love to give to Female Stunt performers is don’t give up and don’t settle, Females can rise to the top and rise not to be better or worse than male stunt performers and not even to be equal but simply just to offer to the industry what it is still missing female role models rising up the chain. Yes we do have females who have moved up the chain but the ratio is extremely low. My advise is to Offer guidance and be a role model to other females.