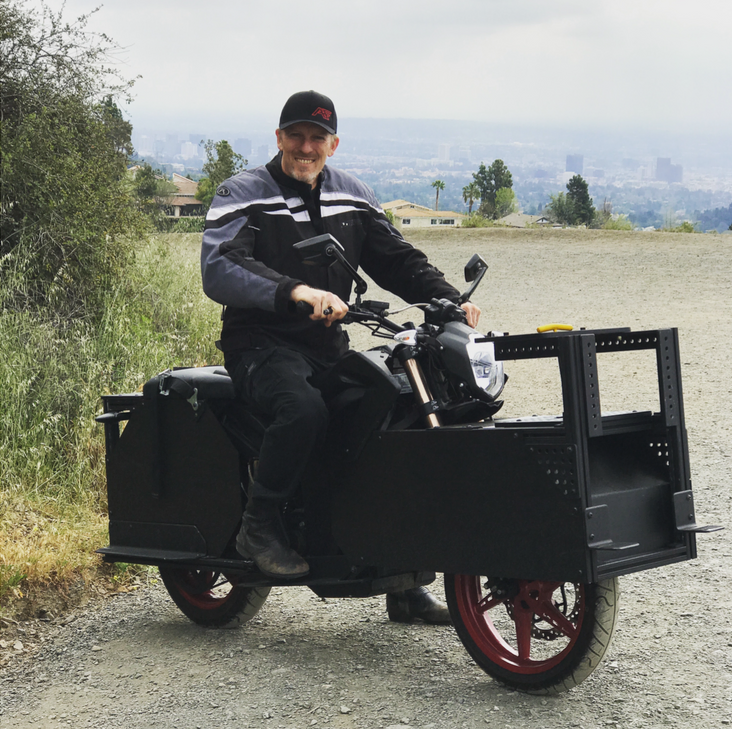 Tell about yourself, Ian!

I grew up in Toronto and Atlanta and moved to Los Angeles in 1999.  I grew up without a TV and only saw about 3 movies before I was 10.  Then I fell in love with movies, taking all the video and film courses offered in school and college.

I decided I wanted to be an action director, so I’ve been pursuing that through stunts, screenwriting and producing.

Robo Cop 3 was filming next to my campus in Atlanta and I caught the bug.  I looked up the extras casting lady’s home number and called her at home every three days for three weeks.  My headshot was a Polaroid with my contact info on the back.

There was a cancellation and I got to be a riot cop and shoot a shotgun and see a tank blow up.  I loved chatting with the special effects and stunt people and decided I wanted to be part of that community.  It was a personality match.  Three years later I randomly got off a bus in Hollywood as a tourist and heard an ear splitting roar - Kinny Gibson was flying his jetpack in front of Mann’s Theater for the premiere of Robo Cop 3.

Years later, after quitting my engineering career and moving to Los Angeles, I discovered that I had actually met some of my SPFX and stunt colleagues on Robo Cop 3 almost a decade before.

I trained in mechanical engineering, race car design and autocross racing, and some Tae Kwon Do at Ga Tech.  In LA, I worked at Full Scale Effects, Reel EFX and Go Stunts for several years each.

I trained under John Moio and many others weekly for two years at Bob Yerkes' including testing many of Scott Leva’s ram and airbag innovations.  I also certified on Fischer winches.  I apply my understanding of structures, materials and forces to action design, stunt rigging and car prep.

I love the stunt community, they’re always inventive and fun.  I enjoy the variety of work and interesting locations.

I was on my honeymoon in Maui and got a call from Vince Deadrick Jr. to work the last episode of Star Trek: Enterprise.  I did a ratchet off an explosion and when I landed my wig pulled off my head and I got concussed.

I recognized my wife but couldn’t remember our wedding for 8 hours.  We had watched Fifty First Dates right before our wedding and my wife thought she was going to have to leave me notes every day.

Make God and safety first priority, then have fun and do what you’re good at.  Make your own pre-vis and learn filmmaking, one day you might get paid for that as well.

When you train, learn, and get hired, make serving your goal - serve the coordinator, the director, the story, the ADs, hair/makeup and wardrobe, everybody.

I built an electric camera motorcycle for moving the camera.  I have not come close to maxing out its potential as a creative tool.  I’m open to all sorts of collaborations with it.