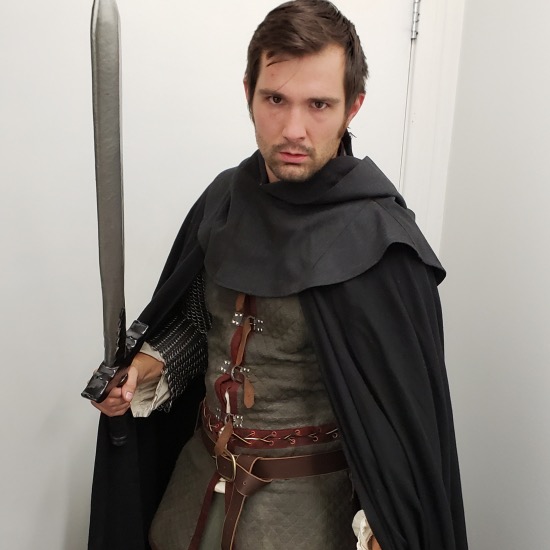 Tell about yourself and story, Gabriel!

I'm originally from Pennsylvania.  I started off as an actor, and spent six years traveling the east coast trying to make it.  After those six years I felt like was spinning my wheels in mud and decided to move to LA to pursue acting.

Two years after moving to LA I stumbled upon a stunt gym, went in checked it out, decided to join, and for the last 4 years I've been training in stunts.

I think what inspired me was my childhood.  When I was a kid my parents took me and my brothers camping all the time.  While camping I'd always go off on my own climbing trees, rocks, and just roll around -ha

Also growing up I was obsessed with movies and tv shows.  Most of my favorites were action movies, super hero cartoons, and period pieces with swords (Three Musketeers, Lord of The Rings, Pirates of The Caribbean), there was always a want inside of me to learn.  So like most kids I would jump around and pretend to be Spiderman, Batman, a Pirate, or a Jedi.

I wouldn't say at this time I have a greatest skill, I'm still trying to build as many skills as I possibly can to try and be a well rounded performer.

The best part about being a stunt performer is the community.  I've made so many great friendships and partnerships that I've got to create some fun projects with.

Being that I've only been training for 4 years and haven't been in a lot of big projects I'm still a little new to this so I don't know if I have a lot of advice for other stunt performers.  One thing I will say is never give up and never stop training.