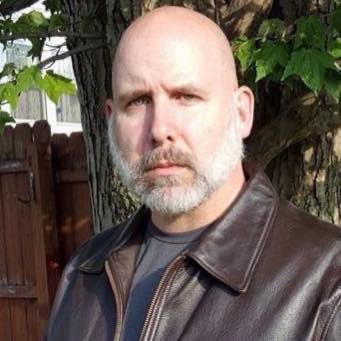 Tell about yourself, Frank!

I’m from Madison, Ohio near Cleveland, and I have worked as a Machinist for over 30 Years. I have a number of hobbies, but much of my life has been committed to the martial arts.

I first met Richard Fike (my Karate teacher who is also head of Stunt Predators USA & SFX) in 1989 during a police in-service training class that he was teaching, and I was immediately hooked on the martial arts.

For over seven years I owned and operated my own dojo as well until family commitments took priority.  In addition, I am a certified instructor with the Close Quarter Combat Skills Institute, another organization owned and operated by Mr. Fike.

When he is not on set coordinating action or in the dojo teaching his students, he can be found conducting national level close quarter combat classes to “at risk” individuals and organizations across the country.

He has taught just about every federal agency in the U.S. to include military special operations community, and I have had the pleasure to be one of his instructors.

In time I was invited to start training with Mr. Fike in stunts and have enjoyed working with him on feature films and television and look forward to our next project.

To be completely honest, Mr. Fike is what inspired me to pursue stunt work.  We were doing a lot of action martial art demonstrations and we always opened with a big fight scene that was always a big hit.

I started training in stunts following Mr. Fike’s completion of the NFL video “Masters of the Gridiron” with the Cleveland Browns.  With much of my life involved within the martial arts, it was a natural transition for me to move into the world of stunts.

I was also part of his first stunt crew that worked on “A Better Way to Die”, our first SAG project that Mr. Fike stunt coordinated.

I think my greatest skill would be developing and participating in fight scenes.

I enjoy working through the choreography and coming up realistic techniques that not only are enjoyable to watch, but leave the viewer on the edge of their seat.  I understand the need to sell the shot for camera and that requires knowledge of many styles of fighting.

I am also good at taking hits, selling reactions and taking direction.

Everybody loves action, and getting to be part of making that action come to life is awesome.

Never give up! The only shot guaranteed not to hit the target is the one that was never taken, so keep taking the shot until you get it right.