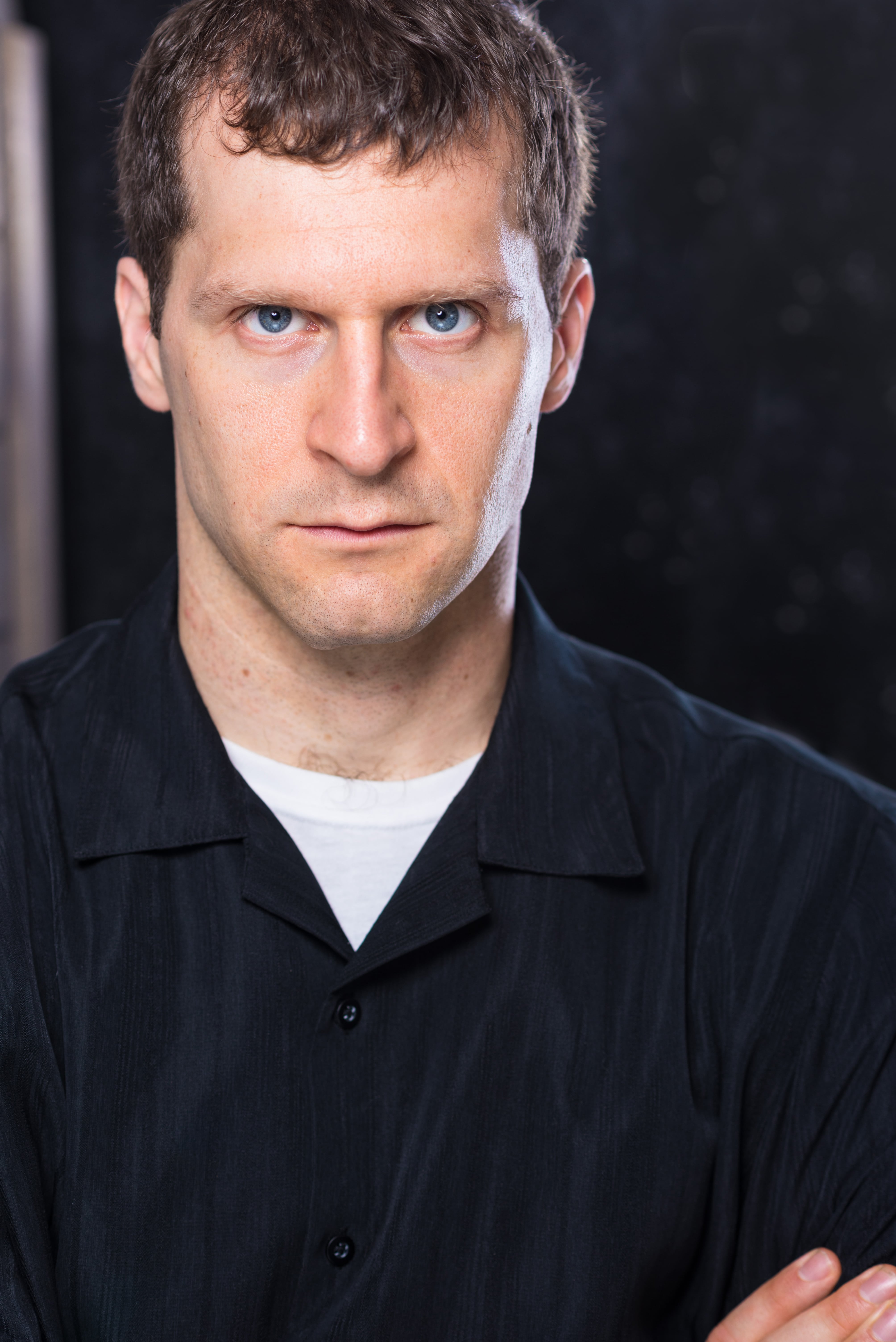 I grew up on a dairy farm in rural Wisconsin. Our town had about 1,300 people and my graduating class about 64. I graduated the University of Wisconsin-Madison with degrees in Spanish and Philosophy and went on to pick up my Master's in Secondary Education. It was during my time as a full-time teacher that I got involved with a local parkour class and founded my first stunt team. After a few years of training and working hand in hand with the local independent filmmaking scene, we decided to move to LA to ply our trade here. I was the first one to move, with the plan that the others would follow after a year or two. Sadly they got cold feet. So I am here, living as much of the dream as I can for all of our sakes.

While one could easily point to Power Rangers as an early influence, the Matrix was what truly captured my imagination. I fell in love with the intricate martial arts choreography and the precision and storytelling that came with it.

Martial arts comedy would be my go-to here. Jackie Chan is obviously the paragon of this art form, and Legend of Drunken Master my sacred text. I started trying to mimic the drunken style, given that it has comedic actions already baked into the style, and thus is very useful in trying to craft martial arts comedy. Behind camera, one could claim that my greatest asset is my teaching experience, as it gives me the ability to think and communicate on several different levels. I can effectively take a director's note and translate it into something that my performers will better understand. That saves production time and raises morale.

I would say that the creative process is the best part. Everyone brings their own efforts and skills, you film what can be reasonably done within time and circumstances, and then you get to see the final product that is the sum total of everyone's skills and creativity. Then you analyze what happened and what was made to try and learn how to be better next time. We're all creative people, if we weren't we wouldn't be here. We like making things!

I took my first car hit before moving to LA. We had theorized that it would share the same physical forces as rolling over blocks in the parkour class. The only difference being that the ground would be moving beneath us as opposed to us moving over the ground. Action was called, I steeled my nerves, and as the truck approached I did exactly as I had trained, I rolled up the windshield... and directly into the truck bed, seated fairly comfortably as the take ended. That last bit was not as planned. The director checked the footage and sure enough the hit looked great, which is good because the windshield had broken from the impact. The problem was that this was supposed to have been a hit-and-run scene, and the offender couldn't have driven off with the victim seated comfortably in the back of his truck. We had to get another shot, but what would tell the story? The windshield was already broken so we couldn't do the hit again. The idea became that we would do one more shot. I would start in the bed of the truck and once it got up to speed I would throw the tailgate down and roll out off of the truck and onto the gravel. It worked like a charm. Once edited together, it looked like I had hit the truck, rolled up and into the bed, and then back out again, hitting the ground and skidding to a stop. The best part, other than, of course, the finished product looking amazing, was that my parents saw the whole thing. They were visiting me and just happened to be in town and able to see it live. These two sweet, midwestern small town parents pay their son a visit only to see him get hit by a truck for an independent film. They even got to be extras.

People, products, profits. In that order. Take care of your people first, making sure everyone is safe and taken care of. Sometimes that means making sure they are paid their worth, sometimes it means bending over backwards to make sure they get their footage. Either way, put people first. After that, make sure that your product is good. Only after those are taken care of should you focus on profits. If you surround yourself with good people and make good products, the profits will come.

We're still here. The pandemic shutdowns have been rough on us all, losing jobs, losing momentum, losing training spaces and the skills they allowed us to learn. A lot of us had to go into survival mode to make sure that we came out the other end. If anyone reading this is self-conscious because they weren't able to push their career due to COVID, take heart in the fact that we're still here. The dream only dies when you stop chasing it. Keep chasing.