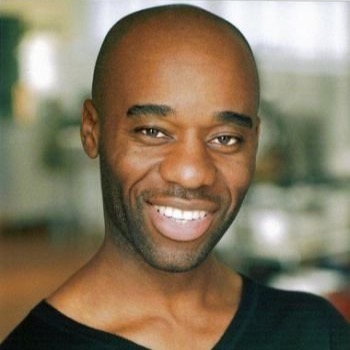 Tell about yourself, Corey!

I was borned in Kingston (Rema), Jamaica.  My childhood was filled with danger, fun, hardship, and sometimes comedy.  Like the time when I was a 10-year-old street vendor (only on the weekends).  My mum saw to it that I stayed in school during the week and helped her sell a variety of items on Saturdays.  It was on a nice, sunny Saturday when I was standing outside of the store selling grocery bags for fifty cents when a girl I had a crush on walked up behind me and said, "Hi Corey."

Listen, I wanted to throw the bags away and say, "Anuh my bag dem dey (Those are not my bags)!"  Instead of being proud that my crush sees that I'm a hard-working man... um... yoot - a hard-working yoot!  But she was cool about it and we talked for about fifteen minutes (even though it seemed like she was standing there for years), while I held the bags behind my back, because apparently, in my mind, she didn't notice them.  Fun, strange, dangerous, crazy, interesting times.

I came to the USA as a teenager.  I pursued acting and modeling at first, then voiceovers.  I'm fluent in Patois (Jamaican Dialect), so if there's ever a need for an actual Jamaican stunt man good with dialogue, here I am!  I started training for stunts 3 years ago when I found out that there was finally a legit stunt training school in NYC, UATW Stunts [http://www.uatwstunts.com] - ran by Chazz Menendez.

Growing up in Jamaica, I used to watch a lot of action based movies/shows like, JAMES BOND, THE HARDER THEY COME (which featured more gun-play than hand to hand combat), GHOST BUSTERS (the original one), TV Shows like STARSKY & HUTCH.

And it all intrigued me because I wondered, "Dem really did'a fight (Were they fighting for real)? Because it look ruff enuh (Because it looks rough you know/so dope)! Mi waa do dat (I want to do that)!" ‍

My greatest skill as a stunt performer is that I am a ground pounder.  Something about hitting the ground/falling, interests me.  There's a uniqueness about falling without getting hurt or causing someone else to get hurt, even though I get bruised up sometimes.

There's of course even more danger than just a mere bruise, but the dance of a stunt performer is so creative that some don't realize that we are constantly creating action art, you know?

The unpredictable, mean streets of Kingston, Jamaica also gave me a taste for it early, without me even realizing it.  Running through yards, dodging through small holes in fences (or hopping over those fences).  Either running from danger seen/unseen (bullets are unpredictable)... or running with my friends as we played.

I was made for this and many other things of course.  I am needed here... in this universe.  I know this now... during these strange times.

The best part about being a stunt performer is bringing life to the action in each scene.  Giving yourself a purpose, a back-story, even if it's a short story.  We are not just fighting, or falling, jumping, shooting weapons, or driving vehicles fast and hard. We take the viewing audience along for a vivid, imaginary ride.  Causing them to feel our movements emotionally.

Chazz Menendez once said to us in class, "Don't just wait for the other person to hit you, or don't just start off punching, act mothaf**ker, act!  Be already in motion!  Bring life to the scene, don't be robotic!"

• Shut up!  Pay close attention to your surroundings and don't just rely on the Stunt Coordinator to keep you safe.  You have to look out for your own safety too.

• Be quick to listen, slow to speak.  Be so caught up in following instructions correctly that you leave no room to waste the Stunt Coordinator's time!

• You're there to help move the story along!

• Pick your battles, don't try to get every little thing to go your way.

• Always help with the mats/crash pads/Stunt Equipment when on set.  And always ask the Stunt Coordinator, "Do you need help with anything?"

• Be in an ear-shot of the Stunt Coordinator.  Just stay close, but don't be so close as to make them uncomfortable.

• Always check with the Stunt Coordinator before going to rest room or crafty (if that's not possible at the moment, let the A.D. know and then come right back asap)!

• Please pad up unless told otherwise (because there are some scenes where padding up is not possible).

• When you let wardrobe know your sizes, also state two sizes up just in case you need room for pads.  Like: Waist 32 (but 34 with pads), Sleeves 34x35 (if it's long sleeves, something loose is ideal since I might be wearing elbow pads) - sometimes they don't know how much padding you'll be wearing.

• Always take a snapshot of your Schedule G (you're allowed to for your records).

• When asked for your Contract Information (some people forget):Name, Address, Phone Number, Soc Security Number, DOB, Email Address, Loan Out or Individual (will you be registered for this job under your own company, like an LLC/Inc or as Yourself/Individual?).

• Get lots of rest, if possible, and drinks lots of water.  Eat healthy foods.

• Don't over-eat (it happens - ha!) when they break you for lunch because your next scene might find you sluggish when lots of energy is needed.

• Train as much as you can, whether it's with another person, or shadow box.  If you can't get to a class or two, jogging, regular exercises too.

• Do not say You can do something that you're not proficient at! The truth serves you better here.

My all-time personal favorite was when I got dragged out of a chair (Gotham S4 E9) by Stunt Coordinator Norm Douglass, only to land on the ground - bam!  He gave me my first TV stunt credit - nuff respect to him!

I truly appreciate being a part of the Stunt Community.  Creating art with action!