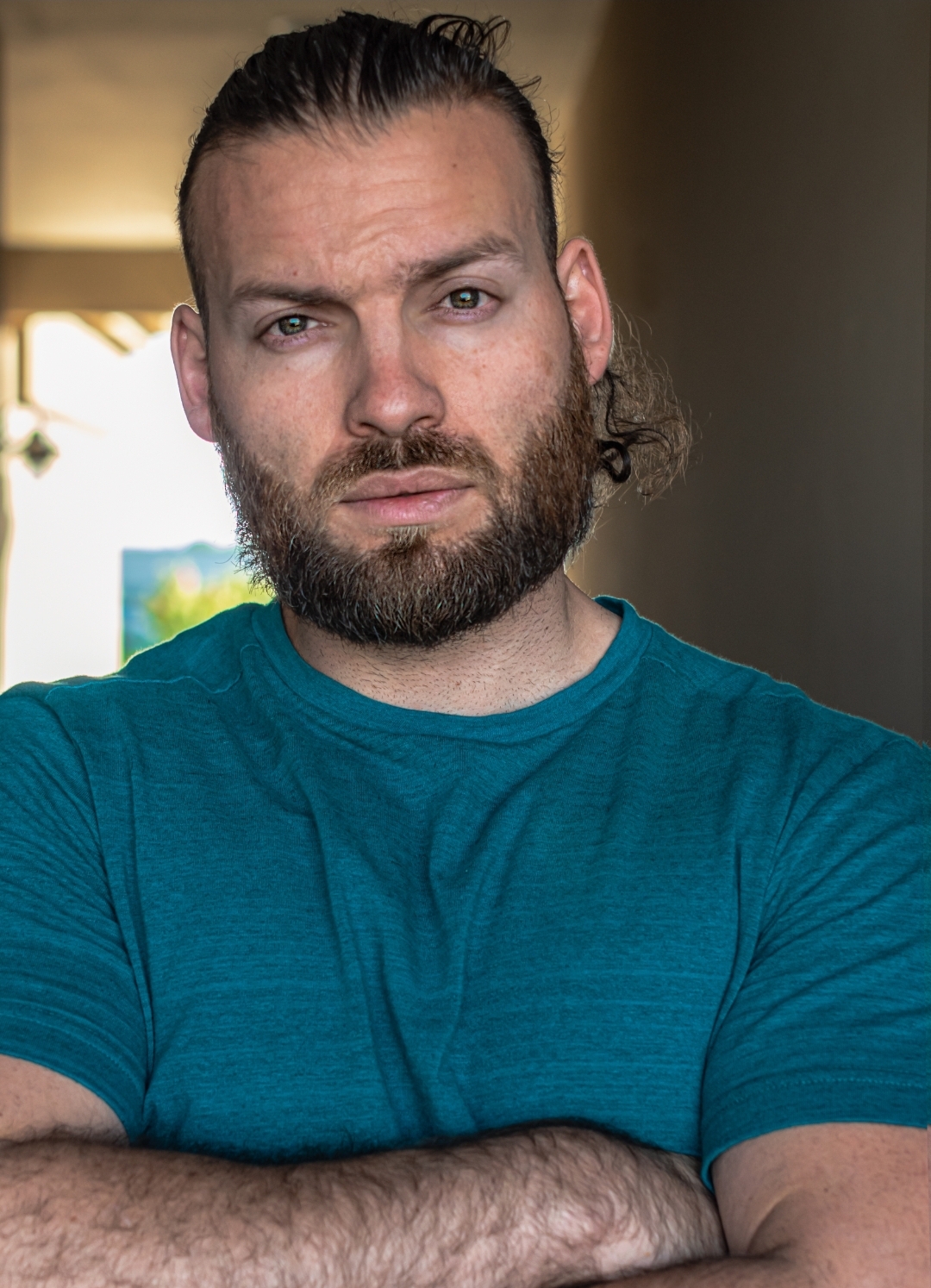 Here are a few examples. Feel free to re write if needed as I'm not good at talking about myself. On top of my workouts I spend a good amount of time playing video games and practicing vfx. I tend to keep to myself most of the time. I went to school to study Video game design at the Art Institute in Santa Monica and then kinesiology at New Mexico State university. I was born in Los Angeles CA and have traveled to 14 different countries doing stunts and acting. I currently live in Albuquerque NM.I  started in live events/ corporate events and commercials back in 2013 in Las Vegas NV. I was a Stunt Performer and Actor for Marvel Universe Live (versions 1 & 2), Originated the role of Oscar in Jurassic World Live Tour. Performed with Feld Entertainment in multiple stunt roles, touring nationally and internationally. Coordinated stunts and fight choreography for various SAG films, independent films, short films and entertainment venues. I have my own production called Viscid Films. I love cinematography and being able to edit using vfx.

When I was a parkour coach my students were making films for their school. I was invited to do a back flip for a music video and seeing how a movie is created peaked my interest. So I decided to keep doing flips and parkour for more sets and eventually became a stunt performer.

My greatest skill as a stunt performer is watching any movement and being able to break it down for anyone regardless of their learning style. I can see different scenes and can come up with a storyboard and cinematography in my head within minutes.

The best part about being a stunt performer is being able to express myself through physical art and story telling. I am able to feel like my favorite video game characters because I'm able to do stunts such as parkour and fighting

My favorite story is the time I got hired for Marvel Universe Live. At the time I had recently moved to Seattle Washington. I was doing parkour up north around the city to get to know it and happened to come across a Marvel sign. I love reading comic books so I went up to the sign to start reading it. Maybe they were giving away comics I thought to myself. A lady comes out the door and asked me if I'm there for the audition. I just say yes and follow her inside. I later found out that she's the casting director and I got to audition for Marvel universe live. A few months later I got hired and was on the road for years. I still think about it to this day. Imagine if I would have just said no and walked away.

Never stop learning. Always be humble and be nice to everyone regardless of how they are. There's no need to show off because the right people will always see who you really are. Never put anybody down to bring yourself up. Don't be afraid to say you aren't able to do a stunt. speak useful words or just stay quiet.