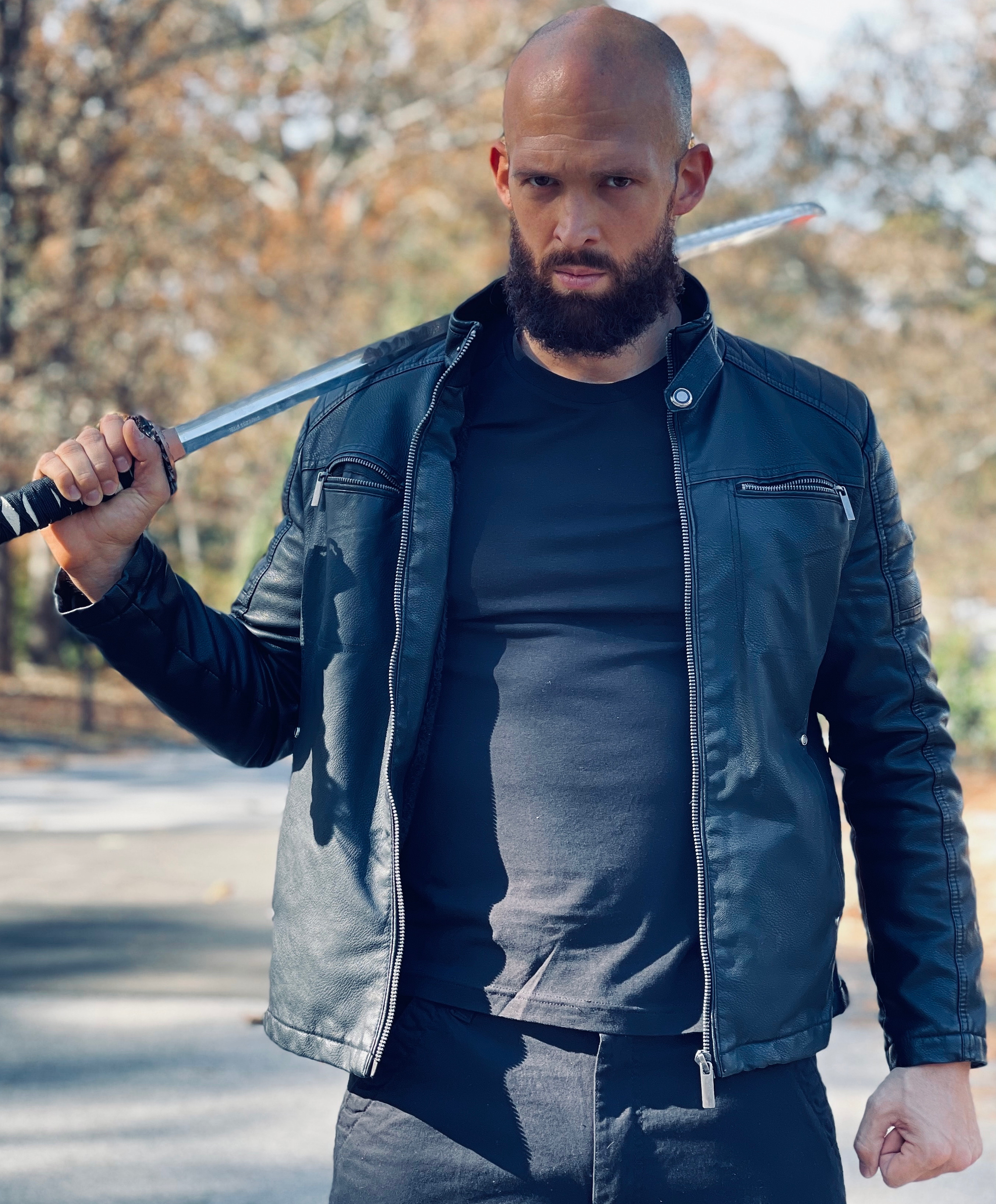 I started training myself at age 22. Dropped out of college and trained everyday at open gyms at tumbling, tricking, Bboying, Parkour. A year later I started performing professionally as an acrobat at Seaworld Orlando in 2010. A year later started working my first stunt show at Universal Studios. Performed at all 3 parks for 4 years than booked a stunt show tour called Marvel Universal Live. Where I played characters like Captain America, Iron Man, Yondu, Loki, Doctor Strange, Ravagers, and Chitauri. Trained before and after shows with friends in Boxing, Muay Thai, BJJ, and Filipino Martial Arts called Balintawak. Toured on that for 6 years until Covid shut down all live entertainment. Waited a year and started to pursue Movie Stunts and moved to Atlanta from Vegas. Now I have 7 credits and now ready for more.

Watching Wesley Snipes and Jackie Chan Growing Up. I feel like I watched Blade at least 50 times and Operation Condor by Jackie 50 times as well. Just was amazed by what I saw and never even thought I could do that stuff one day.

I would Say the 3 F’s. Fighting, Flipping and Falling.

Be Patient enjoy the journey there are so many skills to aquire so try to learn it all in one night. Always work on your craft. Work on multiple martial arts and forms of acrobats to understand air awareness to help with falls. And find the right group that will challenge you and support you and know your worth.

IG is tonytornado_stunts and my Name on Facebook is Antonio Jackson