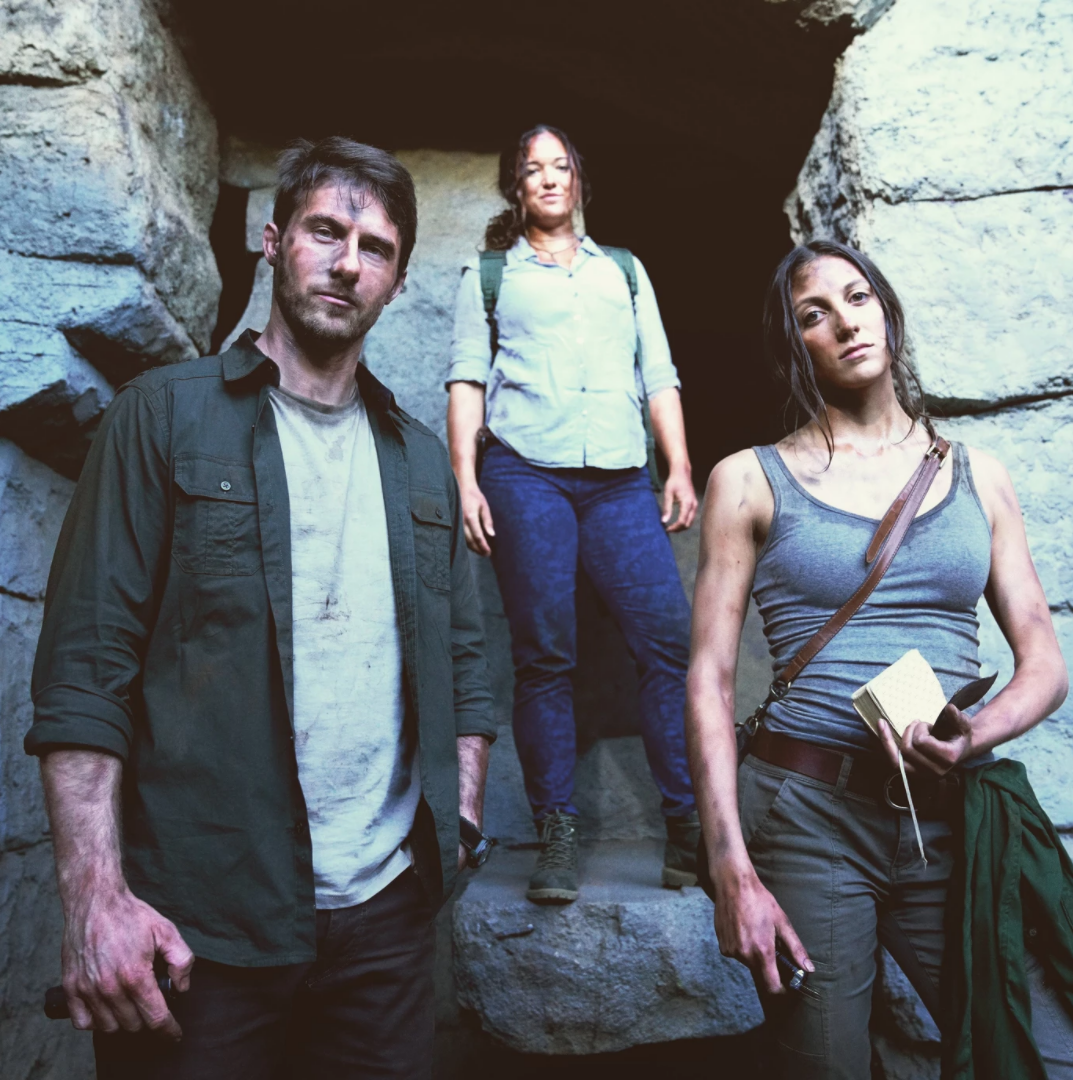 Andrew, tell about yourself and stunts!

This is always a tricky one to tell - ha.  I grew up in a small town in Colorado buried in the mountains.  Only a population of 7,000 people.  I didn’t even know the entertainment industry existed back then.  You hear about it growing up, but it just seems like a story that happens on another planet.  My first venture into performing was during my senior year of high school.  I had a few friends in the school play and I figured why the hell not.  I’ll try it.  It was fun and that was the beginning of my path into the arts.

I went to college at Colorado State University and got my major in Electrical Engineering and a minor in Theatre.  I know, it’s a strange combination, but it worked for me.  Theatre was my stress relief from engineering school.  It was during my training in theatre that I got introduced into stage combat.  I’ve been a martial artist my whole life and to now be able to fight without feeling pain was an awesome revelation for me.

After I graduated, I moved to Denver and worked as an engineer for 5 years.  The whole time I was still coaching, training, and competing in martial arts on the side and performing in local productions.  Every production I got on they found out about my martial arts background and then I was performing my own stunts and choreographing the fights.  The engineering job paid the bills but I wasn’t happy sitting behind a desk, so I decided to make the move out to LA to try a life at being an artist.

When I moved out to LA I started to understand the full spectrum of stunts and being a performer, and I love it.  My first productions out here were very much the same as back in Denver.  I got cast in a roll, they learned about my martial arts background and that I have a motorcycle and now my fighting and bike are in the project.  I love the crazy, sporadic world that we thrive in here and the amazingly talented people you meet through this industry.  I can’t wait to see where the road leads next.

For me it was a gradual progression.  Again, in the beginning I didn’t know anything about the entertainment industry.  I knew there were actors and that’s about it.  I’m a very active person and the idea of doing the stunts and performing these risky maneuvers is exciting.  It’s a challenge that I want to overcome.  Granted, I always want to do it safely.  I never just do something just for the risk of it with no thought for myself or the people I’m working with.

This one is hard to say because I have been a martial artist my whole life.  So my physicality is a skill I rely on a lot.  However, since I’ve been living in Los Angeles my side job has been doing theatrical rigging and stunt rigging.  And that critical thinking in stressful situations and looking out for people’s safety has been a skill I rely on more and more.  It’s probably a trait left over from my engineering days, but it helps a lot and I’m thankful for it.

When you actually get to perform the stunt.  We spend so much time training, and networking, and hustling to get the job and there is so much that can go wrong along the way that when you’re finally there and get to perform it, it’s liberating.  It’s the payoff for all that hard work.

My favorite story would be my most recent story working on 68 WHISKEY with Kathy Jarvis.  Kathy is wonderful to work with.  She is calm and collected and trusts you to show up and do what you were hired to do.  She’s great.

I was hired to double the lead actor for the series.  He had a fight in one scene, hanging out of a helicopter in another and some other stuff that was on the lighter side.  The fight was fun to create with Kathy, but the helicopter was the really fun bit.

I had worked with Blackhawk helicopters before in JACK RYAN Season 2.  So, I was confident around the bird.  I included a picture, but for the scene I was hanging outside of the helicopter.  Another helicopter was circling around getting the shot. During the scene, one of the soldiers needs medical attention so I had to pull myself into the helicopter while we were in the air cursing along and then start “working” on the patient.  It was a blast.

We filmed the whole scene quite a few times and I did the reset in the air.  The pilot would hover the helicopter and then I would ease myself back outside and then we’d do it all over again.

We all train hard and we all have our skills that keep us employed that you need to keep sharp.  But you’ll never get anywhere without a team and a family around you.

No one can get through this alone.  So, take the time to recognize those around you that help get you a job, that helped train you up for the stunt you’re about to perform.  You need that family.  Show them you appreciate them.