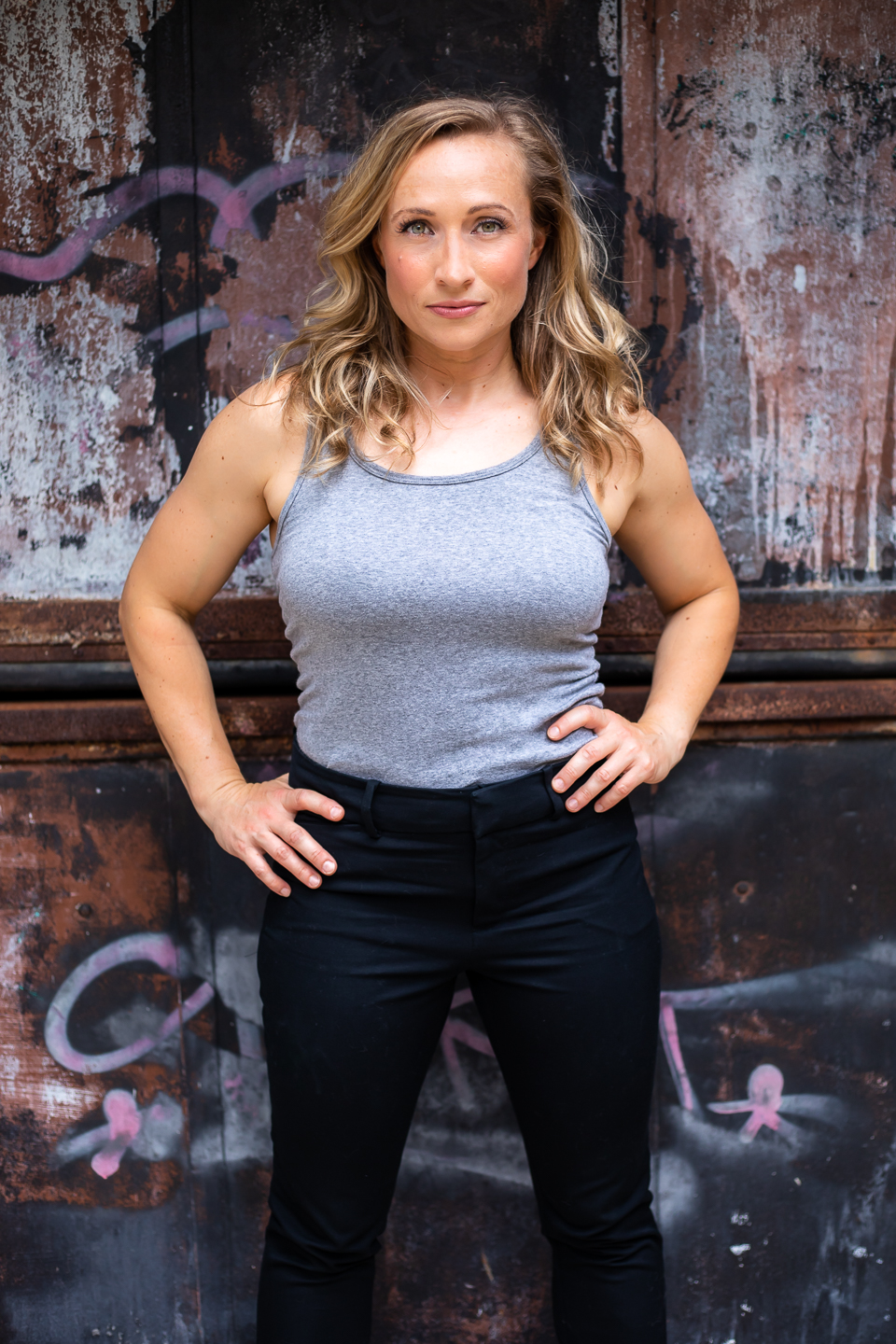 I grew up in a small house my grandpa built in the woods of West Michigan.  I had an amazing childhood!  I played outside in all seasons: tumbling, riding bikes, sledding in the winter and going to the beach at Lake Michigan in the summer.  I'd climb trees, do acrobats on the tire swing my dad put up, and eat veggies in my mom's garden and blueberries from the "free row" at the blueberry farm down the road.  Building Legos, building forts in the woods and making weapons from sticks... all of this was my everyday life.  I was incredibly blessed.  My brothers and I loved to imagine we were in a movie and would pretend to get shot in a gunfight and fall off our bikes or out of a sled. So much fun! I went to college (Biomedical Science) up in Michigan, moved to Texas for grad school (Exercise & Health Science) and then joined the US Coast Guard in 2008.  My time serving in the military was one of the most difficult, transformative and rewarding times of my life.  Upon completion of service, I used my GI Bill to earn a certificate in structural welding.  Welding opened many doors.  You can't go wrong with learning a trade! My stunt career began on the heels of my military service (more to that in the next section.)  I got my SAG/AFTRA card in 2015 on a movie in NOLA (thank you, Felipe Savahge) then moved to Atlanta in 2016.  I discovered a passion for BJJ and had the privilege of doing more stunt work.  For a few reasons too in-depth to cover here, I decided to pursue training in underwater welding.  That has a prerequisite of commercial diving certification.  Charleston, SC had a commercial dive school with an underwater welding program that provided it's graduates with international certifications.  I successfully completed both programs in 2018 and nearly moved to Florida but took a local welding job instead.  I still live in Charleston and am focusing on stunts and more education.  I also joined the South Carolina Army National Guard in 2020 - had to go through basic/bootcamp a 2nd time! (To those vets out there, yes doing basic twice in a lifetime is just as crappy as you think it would be.)  Due to certain events and political decisions, my present length of service is up in the air, but it's been a privilege to serve and be a part of the military community again.  And I've done some awesome weapons training! I'm getting married next month to the love of my life, and we are looking to move within a year, so we'll see where that takes me!

I was still active duty in the Coast Guard when a friend of mine in the Navy invited me over for movie night to watch Death Proof. She said it starred Zoe Bell.  I had no idea who that was, and my friend told me Zoe Bell is a stuntwoman.  I had never heard of a stuntWOMAN.  I had heard of stunt MEN. My dad liked pointing out scenes in old western shows when if you pause the tape at the right time, you could see the face of the stuntman instead of the actor.  I was so curious about the idea of women doing stunts!  After that movie I started doing research and watch Double Dare - again with Zoe Bell but also legend, Jeannie Epper.  At that point, I KNEW stunts was meant for me!  After I got out of the Coast Guard (2013) I returned to Houston, TX and tried to make connections with stuntwomen.  I was able to connect online with April Littlejohn and she was so kind and gave great advice.  I joined a local film group where I connected with the late stuntman Mark Chavarria.  He was coordinating for a local film and needed stuntwomen and someone to function as an assistant.  That was a HUGE experience for me.  Mark had a degree in film production in addition to being a stuntman.  I was able to be involved with every stunt for that film, pre-vis, comms with various departments, etc. I learned so much from him!  I met and trained with stuntwoman, Jody Haselbarth, only once in prep for that film, but she made such an impact on me.  She was so gifted at teaching reactions for us women, but it was her kind heart and perspective that made a lasting impression with me.  She is all about supporting and sticking together with other stuntwomen.  Mark also introduced me to stuntman Geo Corvera, another veteran stunt performer and actor with a sincere heart to support and build-up others.  Geo has been instrumental in coaching my film fighting skills and general industry knowledge.  I wrote beyond the scope of the question, but I wanted to give props to those who made stunts a reality in my life!

Well, I don't want to say what I think my greatest skill is in my own opinion; I don't feel I've earned that perspective yet.  I'll answer this question with what I received in feedback from coordinators and performers, which is the acting component to stunts.  Whether as a stunt actor or doubling, people have noticed the acting in my performance/action. Both Mark Chavarria and Geo Corvera taught me about his concept.  I'm always wanting to improve, as there's always more for me to do better and build upon.

Simply put, I love telling a story, using my imagination through physical performance.

Well, a story that always comes to mind was for a film in Houston.  I was doubling a character getting shot in the head and there were technical issues with the practical effects.  The scalp cap barely fit under my wig, so it was pinned down to my head excruciatingly tight.  It took hours of failed takes before the situation was corrected. I was very lucky that the malfunctions happened as they did and that I wasn't injured.  We were all so tired in the early morning when we wrapped but we got the shot - it looked great and was worth the struggle!

Atlanta is a great scene nowadays for training and networking - those who live there need to take FULL advantage!  So many opportunities to learn and train with all the stunt folks.  When I moved there in 2016, it was a bit exclusive.  In 2018/19 that started changing with greater influx of stunt performers from LA. Now in 2022, opportunities to train, learn and connect are abundant!  And for people just getting into stunts this year or so - resist the urge to get jealous and compare your journey to others. You are meant to be you. The doors meant to open for you will open, so be happy and grateful ahead of time.