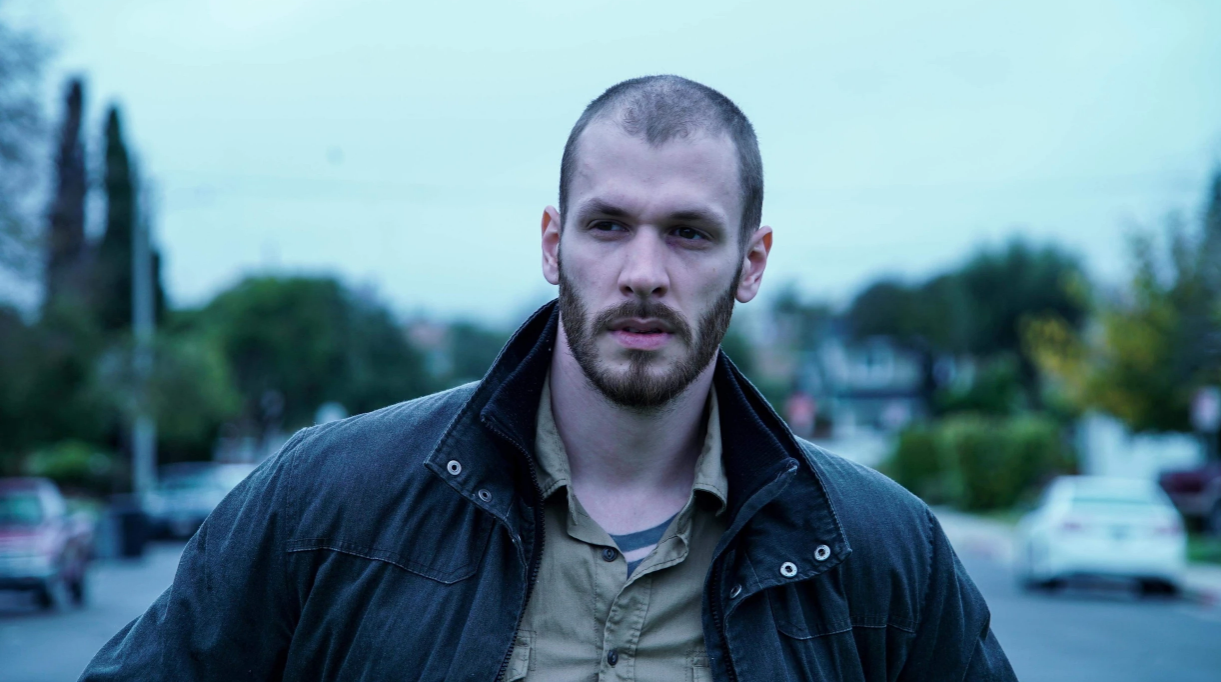 Tell about yourself and stunts, Alexeev!

I was born in the Soviet Union.  My father a fisherman and mother a set designer working for MosFilm.  From my early ages I spent lots of time outside, being very active but quite lonely.  It was difficult to make friends and I wouldn't mind being alone.  Playing, using my imagination, I guess that's where I began acting.

As I said before, I was a very active kid and loved climbing trees and houses.  Other kids were amazed by my courage and ability to climb fast and then jump from very high.  I loved it!  Finally their eyes were on me when I was performing jumps.  But this trick got old pretty fast and I had to come up with something new.

Year after year, I did crazy stuff and got a reputation as a daredevil - climbing the highest trees, doing jumps, acrobatics, and finally swords.  That is where I fell in love.  It all begin with LARP.  We would gather in the forest where we had different roles and quests.  There were game masters, lots of players, and we lived in our fantasy world for few days living as orcs or elves, dwarfs, humans... I loved fighting!

I used to play as an ork or a troll, but not a wild one, the opposite!  We were a well organized group of orcs who had to protect our lands from greedy "good" people. Real jerks usually wanted to be good guys but when they were playing they were making really weird and bad decisions. We were bad guys... but the choices we made were very logical, honorable.  LARP is very sport-like, involving real and brutal historical reenactment and where I competed for almost 15 years.

Besides swords, I tried and competed in such sports as  boxing, kickboxing, karate, Taekwondo, football, handball, strike ball, and parkour until I had to move to Sweden. It all stops here... I did NOTHING after I set my foot in Sweden.  I mean, I tried everything but it wasn't the same.  Everything was worse, weaker, limited, and fake.

But that's where my stunt career begun.  My neighbor was a stuntman, we met often, and had wonderful conversation about work.  He told me stories and I've learned a lot from those stories!  I was listening like a hungry child, absorbing every  word that came out of his mouth.

Later on set, his words were like a needed tool in my tool case.  I am very grateful for his stories and the ability to listen and learn from everything.  A few years later I got a message from Facebook - it was just a girl who was trying to make an indie film and she wanted me to be a russian kidnapper.

I instantly accepted and gathered money to fly to LA.  When I came to set I ended up working as a stuntman, building the choreography for all of the action scenes.  It was a huge experience.  Being in USA for the first time, working with locals on the indie film and having a crazy team - it was chaos!  But I learned so much and made  a few very loyal and good friends.  I've learned a lot from this travel experience.

After that I came back to the United States two more times and met more interesting and inspiring people until the Coronavirus situation forced me to go back to Sweden.  Now I am sitting at home kind of depressed and working on voice acting for the game ALAN WAKE  for the Russian market.  I am looking forward to get back to LA and continue learning and building my career where I can develop and learn from best!

When I was child we would always play war.  We had many scenarios where my  friends were dying, escaping, or fighting.  Sometimes we had to play villains and it was awesome!  When I began doing sports it was just a physical part of fun but I needed more!

I wanted to combine emotions, feelings, adrenaline, danger, and challenge to it! Just by watching any film with a good story you want be part of it!  You want to be in that story.  You want to go through all of the bad and good situations!

Being in film is a great opportunity to live through several lives.  As an actor I wasn't able to do crazy stuff.  And my language poses to be a barrier right now.  I end up playing Russian bad guys every time.  On set I meet different people.  It doesn't matter how long we shoot, I enjoy every second of it.

For sure my greatest skill is stubbornness to learn and never give up.

The ability to meet very interesting people and learn from them.  I learn crazy tricks and teach other people as I get older.  It's all about passing experience from one generation to another and developing new stuff.  Creating scenes that can be an object of discussion.

From my experience and by looking at all people that I've met - never give up on your dream.

Guys, you live in a wonderful country full of opportunities!  Use it.