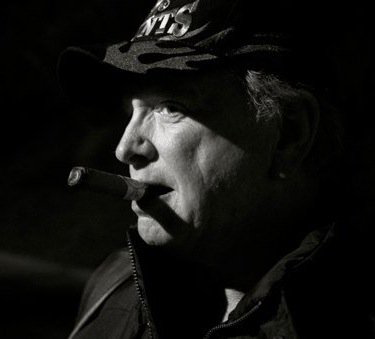 To begin to answer this question I would have to say that just getting into the film business was the happiest day of my life.  That was the start of the most amazing, eventful life anyone could ever ask for.

Next would be all of the wonderful people you come to know and respect on every film set.  One of my first HUGE coordinating jobs was coordinating and doubling John Travolta on the mega hit GREASE.

To look back and say I personally knew Rock Hudson, AJ Foyt, James Garner, Arnold Schwarzenegger, Dean Cain, etc... was absolutely “The Highlight Of My Career."

I have come to realize in life that the nicer and kinder you are the more successful you become.  Now don’t get me wrong, sometimes being too nice will bite you in the rear.

I look at The Dolphins coach Don Shula who just died at 90 years old.  He was the winningest coach in professional football.  Joe Gibbs, the coach of the Washington Redskins, and now 3 team owner of the top race cars in NASCAR.  Both men - honorable, kind and admirable.

The best lesson is: never ever be late to work.  If you are on time, you are late.  Be the first one to arrive and the last one to leave in your time frame.

When things go wrong BE NICE.  When others are rude, angry and not cooperating, BE NICE.  Remember in life that, “you can be right or you can be happy."  I have been happy 90% of my life.  Be a positive influence on others.  Make others rich and happy. Trust and believe there is a God who loves and cares for you.

The stunt performer in the case of doubling an actor, as per what the script calls for, must be chosen almost to look like the actor's twin.  Take every effort you can to match the sizes, hair and skin coloring to a tee.

In the case of just a normal, non-descriptive Stunt Player - alway pick and chose the very best and talented person for the job.

On time, personable, reliable, easy to work with, non-combative, not looking at the clock, and never ever on their phone.

Just as I mentioned regarding the prior questions.  Be cooperative and as helpful as ever without being obnoxious.  Be a positive influence on the set.  Don’t build fires but put out fires.  Learn as much as you possibly can about your profession.

If you don’t like heights don’t learn high falls.  There are too many people who are experts.  Specialize in what you feel comfortable doing and do it well.  Never ever accept and take a job you are not 150% capable of doing.

Stay humble, help others, and don’t be afraid of mentoring and helping others to become wealthy and change their lives for the positive.

When I first got into the film business I wanted to be a Stunt Player so very bad.  I had no relative, family or friends in the stunt business.  I started out as an extra on the TV show ADAM 12.  I watched, paid attention, and learned all that I possibly could.

Real men like Glen Wilder, Ronnie Rondell, Roydon Clark and John Moio reached out to help me and they sure did just that.  The stunt community was filled with groups, clubs, nepotism, etc...  It was hard for a newcomer to get a break at all.

Over thirty years ago my wife and I dreamed up the idea of publishing The Stunt Players Directory [https://www.stuntplayers.com] - a complete yearbook of stunt men and women.  This book helped hundreds of stunt performers who were not in a group get and find jobs that might not have ever gotten.  I am happy to say I have helped stunt people get on some really great movies and television shows.

The cooperation, love and lasting friendships is what came out of the directories.  I have loved all of the people in the stunt community one by one.  They all mean the world to me and I am thankful for that.