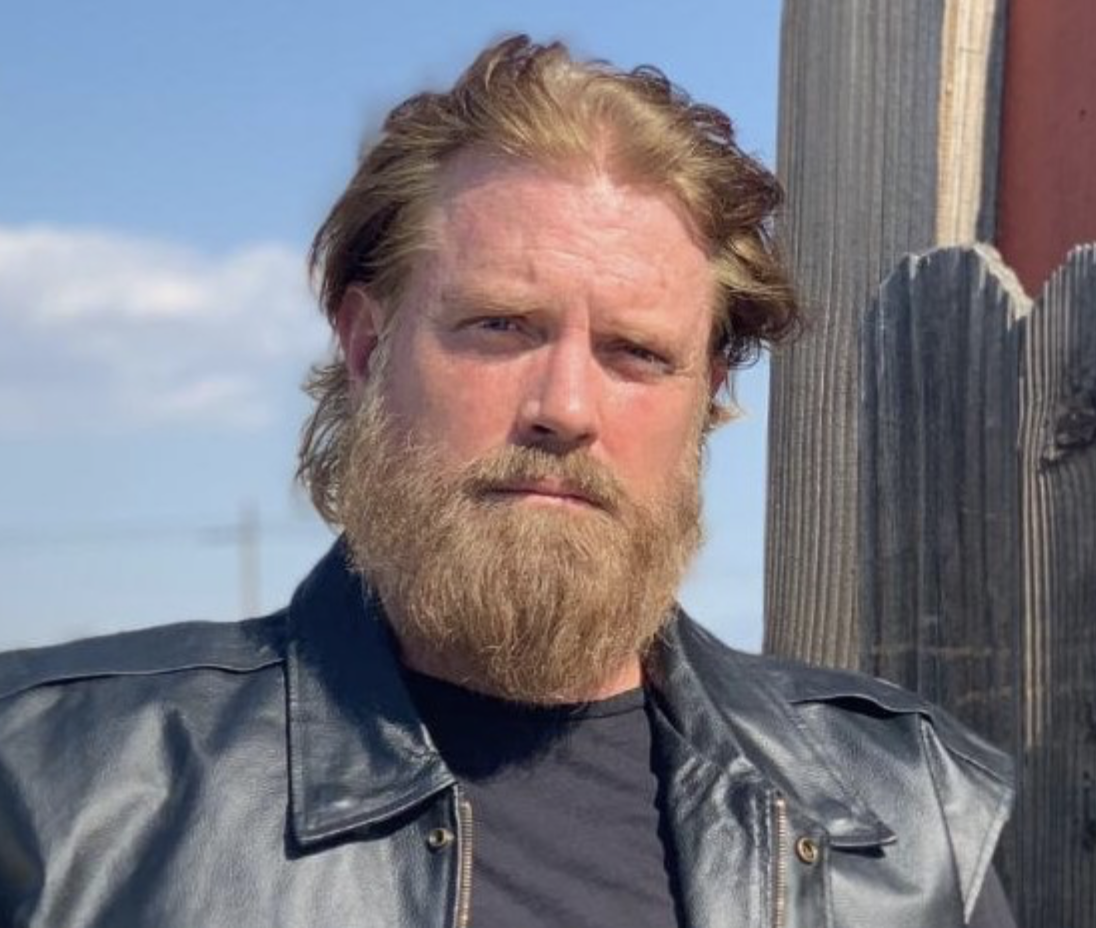 ‍Before last year, I would have certainly said, my 17-story highfall in 2002.  However, in July of 2019, I was hired by Porsche Cars of North America to stunt coordinate their highlight video for the worldwide launch of the 2020 Porsche Taycan: their all-new, all-electric sports car.

We shot the launch video aboard the USS Hornet/CV-12.  The ship is decommissioned now and is a museum in Alameda, CA. Outside of its battle history, the Hornet is most notably the carrier that recovered the Apollo 11 space capsule after her historic splashdown.  This was an aircraft carrier that my grandpa, Robert Moore Ayers, had served aboard as Master Chief in 1955.  My grandpa hosted my late mom and my Auntie Barbara aboard the Hornet for a Family Day Cruise in the summer of 1955.  It was the Navy’s version of ‘bring your kid to work day.’

We were on the ship’s flight deck to prove the factory specs on acceleration and braking in dramatic fashion.  I rode up on the impressive ‘L-1’ for the shot of the Taycan as it emerged from the belly of the beast.  The L-1 is a massive, hydraulic elevator that delivers aircraft from the hangar deck to the flight deck of the carrier.  It is one of four, open platform elevators my grandpa would have personally operated.  That ride up to the flight deck with the Porsche was a full-circle moment for me unlike any I have experienced.

My grandpa and my mom are long passed, but, I could feel family around me all day long.  My dad is a graduate of the Naval Academy and my brother is a decorated, former fighter pilot and Blue Angel.  That I got to do ‘my thing’ on the flight deck of a U.S. aircraft carrier, on which my beloved grandpa had been the Master Chief, no less, was a once-in-a-lifetime experience for a civilian and one that I will never forget.

The shoot went off without a hitch. I’m lying.  The job had lots of hitches, but, we overcame them all for a safe and successful shoot.  I could not have accomplished, let alone enjoyed, any of it without Debra Sugerman co-producing and my world-class stunt team on the flight deck and in the water: Ryan Sturz, Chris Carnel, Mark Dobson, Travis Fienhage and the incomparable, Ms. Katie Rowe.

‍“Safety First” is the only responsible answer I can give.  There is nothing we will ever film that is worth your life or mine. “Safety First” cannot be lip-service.  We have to willfully practice the concept at the expense of the shot, not the performer or crew member.

Nevertheless, accidents can happen and I was involved in one that changed me forever.  This accident compelled me to add two specific notes to the safety meetings we hold, in this instance, before working with a helicopter.  One of the two notes might strike you as odd, particularly on a commercial shoot, where you don’t always get the time to learn names and faces.

In 2006, I was the stunt driver on a Volkswagen prototype spot.  It was a butched-up version of the new, VW bug design.  The prototype featured flared fenders, a flat safari-style rooftop, racing stripes, beefy tires and rims, Recaro seats and I’m happy to report that the flower vase was nowhere to be seen.

We were filming the ‘pull-away’ shot with the prototype and a helicopter.  At a predetermined mark I was to accelerate away from the helicopter and haul-ass down a long two-lane canyon highway leading into Death Valley from Lone Pine.Inside the Bell helicopter were the pilot, director and the DP.

They were flying sideways, along the canyon wall about twenty feet overhead, filming out the open door and through the open rooftop of the prototype.  I hit my mark at the apex of a long curve and took off.  Not three seconds later, the helicopter clipped its tail rotor on the canyon wall and flipped upside-down, smashing onto the road sending the tail section to the valley floor, four hundred feet below.  The guardrail on the long curve was the only thing that kept the main body of the helicopter from following the tail section over the edge.

The rolling, ITC lock-up was miles away in both directions and base camp was even further off. For the next few terrible minutes I knew we were alone.  After issuing a mayday alert over the walkie I ran to the wreck.  I knew the pilot’s name and I had learned the director’s name. I had not learned the DP’s name.  He was a quiet man and I had only ever said, “Yes sir,” in our brief conversations on the ground. All three occupants were conscious when I reached them.  The pilot had been thrown free of the cockpit and was on the wrong side of the guardrail.

First things first.  I dragged the pilot under the critically expanded railing and safely onto the road.  I addressed him by name many times in those first thirty seconds.  As he did to me, asking over and over, “Mike, did I kill ‘em?”  I told him I didn’t know yet.  It was an honest answer, albeit not the one he wanted to hear.  I did know that we had to get him on the other side of the guardrail.  Another foot in the wrong direction and he wouldn’t be asking anymore questions, ever.  The director was pinned face-down to the pavement by what seemed to be the entirety of the remaining fuselage and her seat.

She was hard to see.  I called out to her by name and she responded.  I told her that I couldn’t get to her until I got the DP out and on the road.  The DP was suspended upside-down by his harness and had been severely injured on the outside.  I’ll spare you the details. His insides were worse off, but we didn’t know that at the time.  I struggled to keep him focused and conscious as I released his harness freeing him from the wreck.  He would fade in-and-out of consciousness while we waited for help to arrive.  Having to call him “buddy” felt heartless during that time.

Complicating our communication and my attempts to comfort him was our English/German language barrier, but, had I taken the time to learn his name, I might have been able to call this gravely injured man something other than “pal.” In the end with the help of two young campers, who had been caught behind the rolling lock-up, and the tire-jack from their VW Bus we freed the director from the twisted heap placing her in the road with the other two.

As fate would have it, the DP died on the helipad of the hospital to which he was medevaced.  His aorta had ruptured from the impact and he was bleeding-out into his chest cavity with each beat of his heart.

Since that tragic day there are two things I insist upon during our safety meetings whether I am the coordinator or not.  The first is that everyone working closely with or on a helicopter must know one another’s first names.  No ifs, ands or buts about it! This note goes for any gag when the big-boy toys are working.  So does my second note.

The second note is that those same people see and learn how to operate the emergency-fuel-shut-off-valve before that bird leaves the ground.  I’m talking about firsthand instruction from the pilot or aerial coordinator because I have yet to see the same set-up twice

The leaking fuel from the wrecked helicopter was a whole other issue we had to contend with and while I and the two campers managed to crudely mitigate that looming problem, it wasn’t until much later that a responding fireman found and shut-off the emergency valve.

‍Self-confidence tempered with a heaping-helping of humility and unrepentant honesty about your skill set. I love fun and outgoing people.  I’m known to be one, but, to quote Harvey Keitel in Pulp Fiction, “Just because you are a character doesn’t mean you have any.”  Character and integrity are two cornerstones of “Safety First.” I have to check myself against those qualities and that quote sometimes too.

‍In the era of Covid-19 the traditional ‘hustle’ is most certainly a thing of the past.  To me, that means you have to up your game with the big-three directories.  In particular, Stunt Players Directory and their Stunt Hustle events.  Once Wally and Hunter Crowder are safely able to hold those events again.  Due to the pandemic and the increased scrutiny regarding closed sets, other than catching an invite to Bob Yerkes’ backyard, I don’t know how else a new stunt performer can be seen by many of us.

Pay attention to the stunt groups charity events and attend if able.

If You Can Afford It:

- Get licensed for everything on wheels.  Especially those who identify as female.  Get your Class A (or B) with passenger and tanker endorsements, your M1 for motorcycles and, while you’re at it, get OSHA certified for forklifts.

- Get your diving certification.  Water safety is a stunt job.

Stay ready, be willing to quit your day job and seize any opportunity to get on a union set.

Our shared, dual passions for doing super-bitchin’ things safely while making a living at it too.