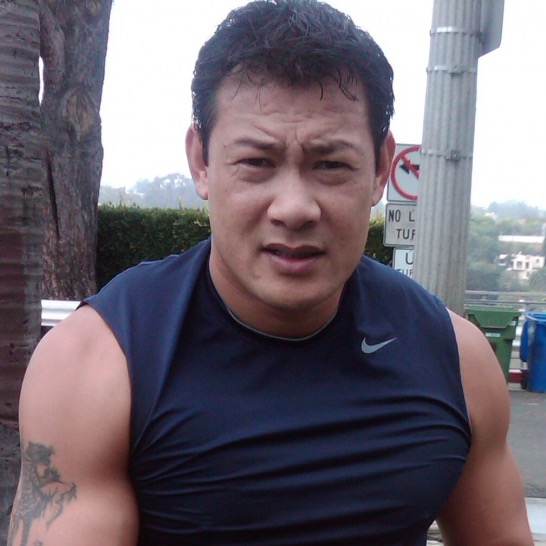 ‍It was early in my coordinating career and I had been a stuntman for about 15 years already.  In 2016, I had just finished crewing up for 3 seasons with some of the best on the hit HBO TV show BANSHEE, which was then coordinated by Marcus Young.  I had the opportunity to coordinate my own TV show and made the jump to OUTSIDERS for WGN and Sony Network Television.  I had to leap right into the show mid-season and take over for another coordinator.

I started the show with basically nothing and had to build the stunt department up from scratch.  The things that were problematic for me was first, OUTSIDERS was being filmed in Pittsburgh, PA and there are very few stunt talent in the area.  It was becoming a frightening reality for me that I was alone.  I automatically went back to my years of training and remembered how my mentors have given me the tools to get the job done without ever telling me that those were the skills that I would someday use on my own while running shows.

I brainstormed and laid out a day to day, week to week, and month to month agenda of things to accomplish.  I began to build my team with qualified stunt professionals that not only I trusted with my life but professionals that were well rounded and could “Plan it, Prep it Rig it, and Ride it” (quoting one of my favorite mentors, JJ Perry).

runners/producers and directors.  They had already been accustomed to another coordinators system, and now they had to accept my system.  Again I remembered the years of training and working under other great coordinators.  I took the same standards from that training to the system I was putting into place on this show.  It wasn’t a system that I designed and will not take credit for it.

It is a rhythmic coordination with basic standard protocols that have been adapted to the changing film business over the years.  I credit this to all the coordinators that have paved the way for us and came before me.  I outlined the game plan and expressed to them how important it would be for the team to just follow basic protocol when it comes to safety.

Lastly, I had to overcome the fear of working with lead actors and I was the boss.  There were no coordinators standing over my shoulder that I could turn to for advice or if I had a question.  I remembered back again to my training and realized I was doing this my entire career with the guidance of the greatest coordinators looking on and helping me.  It got easier as time past and the great coordinators were only a phone call or simple text away if I had a question.

In closing, the biggest highlight of my career was being able to run my own show.   Furthermore, using the knowledge and skills that I have gained from other coordinators throughout the years, and finally being able to hire those who have helped me grow up in this business.

There is power in the word "NO."  One time on set the 1st AD introduced me and asked everyone to be quiet so that I can address the safety meeting.  It was an average stunt day with explosions, fire, ATV’s flipping, fights, gunfire, smoke - the usual we would expect on a day at work.

I started the safety meeting, and there were a few people still talking over me and not listening to what I was trying to explain.  The 1st AD yelled out loud, “Hey, everyone QUIET!”  I quickly said out loud, “NO! I can wait until they are done with their conversation because it seems like what they are discussing is more important than today's stunts!”  I swear you could hear a pin drop after I used the word “NO”.

Over the years I have used the work NO many times in other situations.  You have to do what is right for the performer and the stunt community.  You may have to say NO to your boss (Producers/Directors) - just be careful how it comes out….and don’t add the '!' When saying it to them - HA!.

‍I think I strive to seek those with honesty, integrity and perseverance.  During my due diligence process if I find out from another coordinator that a performer has been dishonest and has bad set adequacy, I will most likely pass on them.  For we all are the ambassadors of the stunt community and any bad behavior will reflect on not only the individual but our community as a whole.

We are all human and make mistakes in life, we just have to own up to those mistakes and learn not to make the same mistakes again in life.  I often look for those with a good skill set or foundation like Martial Arts or team sports (Gymnastics, Football, Boxing).  Performers with this foundation know how many hours it takes to become good at something, they have already proven themselves in their respective fields and they understand discipline.

These are the type of people that have persevered to attain a certain goal in life and I know they are less likely to give up or quit when times get tough.  We all know how tough time can get in this business.  We can teach you how to fight, kick, punch, hit the ground, drive a car, ride a wire, but you have to bring the Honesty, Integrity, and Perseverance.

Be honest, humble, train hard, don’t give up.  This is your career and honesty goes a long way.  If you are NOT a high fall person, let the coordinator know that’s not the job for you.  Sure you can lie and go train for the gag but what happens on the day when it changes and you’re not prepared for those changes?

You now have put the Coordinator, yourself and the production in a bad position.  All because you were not honest and wanted to earn the money over your own personal safety.  I would trust a performer who was honest with me under these circumstances.

Next, train hard because it makes work seem like training and it gets more manageable.  It never gets easier but becomes manageable because your body and reflexes become accustomed to the repetitive moves through muscle memory.

I hired a gymnast and he was having trouble with a basic boxing right cross.  I asked him to do a simple back hand spring, he did it with ease.  Round off back flip, no problem with ease.  Then I said, "You make that look so smooth and easy!  How many times did you have to practice to get it so nice?"  He replied THOUSANDS of reps.  I told him that he needs THOUSANDS of reps to get his right cross looking good.

Lastly, be humble and don’t give up!  Nobody likes a cocky attitude and if you give up then you failed in your career.  You will not "always" work in this career, it's the nature of the beast.  There will be days, weeks, maybe months that go by with no work, so use that time wisely to train and become better at your craft!

I apologize in advance for my strong verbiage and vocabulary in this questionnaire.  It it not my intention to offend anyone or sound arrogant and unprofessional in any manner.  However, it is intended make people aware of the true and raw nature of our chosen career without sugar coating it with nice clean words.  This is the reality of our work and could be life or death if you make a mistake.

The stunt community is like a large extended family.  We teach each other how to navigate this business, we encourage each other to do better everyday, we support each other during difficult times, and we pick each other up when one of us has fallen.

I had a difficult time after the passing of a good friend in this business a few of years ago.  I needed to be with our community to help each other cope with the loss.  I felt as if the world was falling apart around me and my brothers and sisters in the stunt community were there as my force field.  Protecting me from what I know would ultimately break me down, the pain of losing a great man, good friend and excellent stunt performer.  I looked around the room and what they were doing for me, I was doing for them.

We stayed strong and protected each other that sad day.  We all persevered, and we lived…. we all lived like John!  Thanks for the being there for us friends and family, In loving memory of John H. Bernecker, RIP my brother!