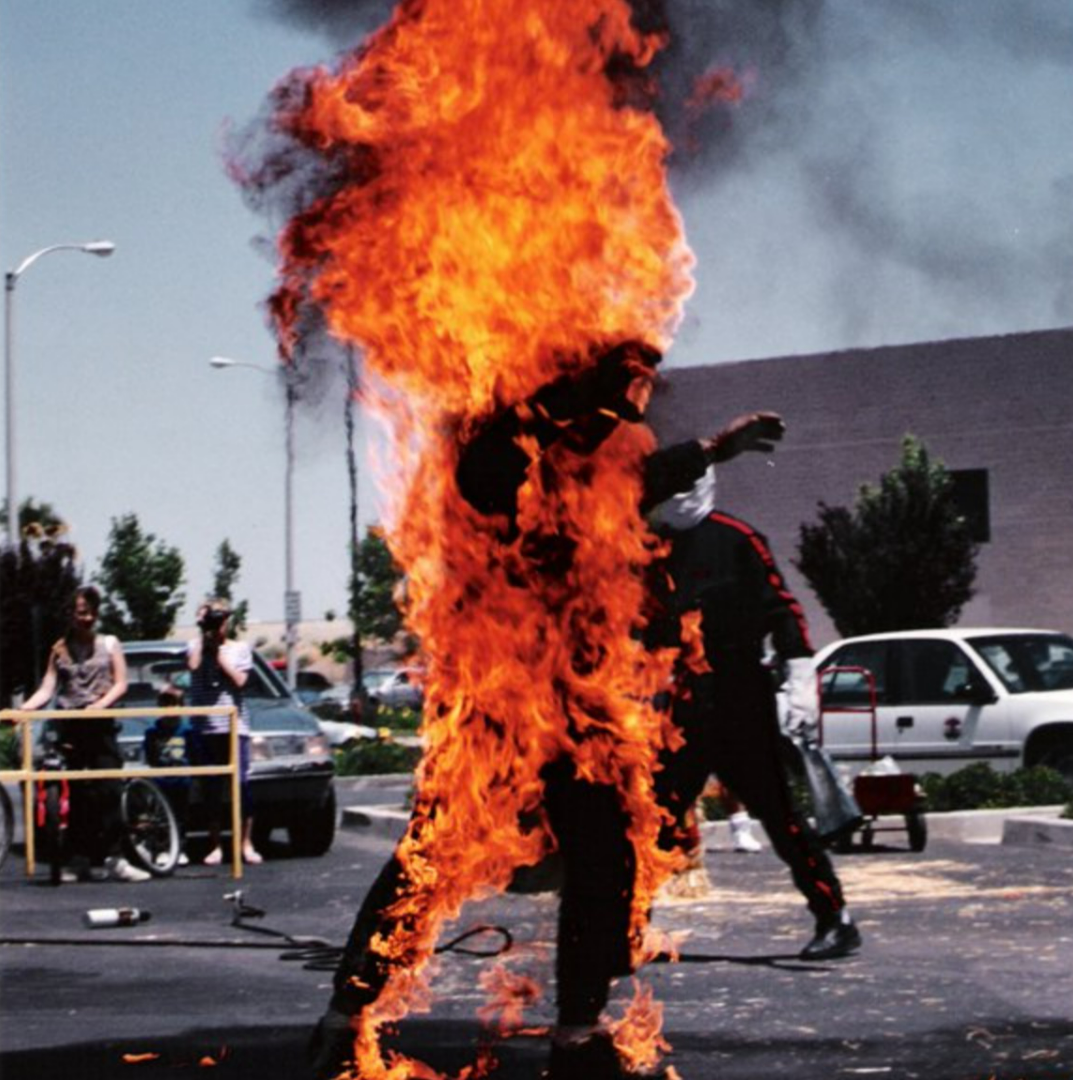 This one is really tough because there are so many things that go into making your career what it is over the years, but I think I would have to say the helicopter stunt on "Darkman".

The reason is that it's so different than most of the stunts out there and with CGI what it is these days, it may never be duplicated.  To have Chris Doyle trust me in the position, a person that I have always admired and treasure as a friend and then to have Sam Raimi, a legend in film direction, meet me at the end of every day on the set and thank me for a great job.

Even years later while working with Chris again on "Army of Darkness", Sam and Rob Talpert both gave me big hugs and wouldn't stop complimenting me on the stunt sequence from "Darkman".  Those are memories I will treasure for the rest of my life.

To stand up for what is right, no matter what a production might want you to do.  It's hard when your job may be on the line, but at the end of the day the only person I have to answer to is myself.

The guild has set up rules and too many times, productions and studios are more interested in saving a buck or cheating us as stunt performers out what we so rightfully deserve for what we do.

On top of that, there is no worse feeling when a stunt performer gets hurt and there was something you, as the stunt coordinator, could have done to prevent it.  I've seen too many times when a coordinator will give in to certain things and the performer winds up getting hurt.

What are the greatest qualities you seek out in a stunt performer?‍

Just be yourself.  I like to surround myself with genuine, real people that I have a good chemistry with.  Talent is important as well, but being easy to work with and not being a pain in the arse is just as important.

Skills can be learned and perfected, and they should be, but if you're a jackass then pretending to be a nice guy will only go so far.  There are way too many people to choose from for jobs, so I like to choose the people that I like to have around.

Never give up! This is a tough business and only the strongest will survive.  Even now, I sometimes go for long stretches of time without work or even a phone call.

While major studios celebrate and pat themselves on the back for a job well done on a regular basis, us stunt performers are so often forgotten about after the shoot is done.

Loyalty is a rare thing, so every day is a struggle to make a living.  Rejection is all part of the job, get used to it and NEVER GIVE UP!

For all the bad things like backstabbing and other things that go on to get the jobs, the one thing that always holds true is that when the chips are down the stunt community takes care of itself.

If a stunt performer gets hurt of has some sort of life changing event, the stunt people will always rally to their aid.  Everything from giving money and time to just a friendly message or phone call to let them know, someone is there when they need it most.

There's nothing better than getting a call from a friend that you probably haven't seen in many years, just to say hello and wish them the best.  For better or worse, I would not change my stunt family one bit.