I have deep knowledge of European weaponry (12 years saber training with Maestro Ralph Faulkner as well as broadsword, rapier & dagger, small sword, etc), Japanese Katana and Bo (Shinkendo Black Belt and Instructor - 12 years training with Kaiso Toshishiro Obata and Sensei Mathew Lynch) and Filipino double weapon and knife arts (10 years training with Guro Dan Inosanto), as well as staff, spear, lance and archery, and I do them all from horseback.

I’m skilled with throwing knives and axes and a member of the International Knife Throwers Hall of Fame and the Black Belt Hall of Fame.

I’ve performed with a variety of bladed weaponry and sword styles in 13 countries on 5 continents. Yuen Woo Ping flew me to Shanghai to duel Jet Li with saber vs gin in the FEARLESS tournament of masters sequence (read my STUNTS 101 - JET LI JOURNAL: [https://www.stunthustle.com/post/stunt-101-fearless-by-anthony-de-longis]

I guest starred twice on HIGHLANDER - THE SERIES in both Vancouver and Paris. In season 3 in Blackmail as the Irish Immortal Lyman Kurlow (broadsword vs katana) and in season 5 in Duende as the Spanish Swordmaster Ottavio Conssone.

I introduced the unique Mysterious Circle system of Spanish rapier fighting to the screen for the first time in Duende and my rapier & dagger fight in the rain with series lead Adrian Paul is widely regarded as the best fight in the 7 year history of the show.

You can view both of these sword fights and others utilizing a variety of bladed weapons combinations on my Sword Reel at [https://vimeo.com/124346745].

I'm an expert in flexible weapons, especially the Bullwhip and Fire Whip. I created a more efficient, accurate and visually dynamic method of Whip artistry for Michelle Pfeiffer's Catwoman in BATMAN RETURNS and shared these methods with Harrison Ford for Indiana Jones in KINGDOM OF THE CRYSTAL SKULL and the whip fighters in THE RUNDOWN.

Please view my WHIP MASTER Reel at [http://www.youtube.com/watch?v=5EGtXziroq0] to see me cut the wick from beneath a candle flame, slice effortlessly through a hand-held wine glass and sever targets from horseback at full gallop from the fingers of an opposing rider.

You will also like the final neck wrap around my wife's throat. In the hands of an expert, the whip can be as gentle as a caress or as sharp as a knife.

What inspired you to become a stunt person? I began as an Actor performing Shakespeare at the Old Globe Theater in San Diego. That’s where I also started choreographing fights and weapons action which grew to became a parrallel career both onstage and in film and television for the last 47 years in venues and projects all over the world.  I quickly realized the power physical action has to captivate an audience emotionally and the credibility powerful action conveys to your characters. But it is essential to develop the skills to be as eloquent acting with physical dialogue as you are when acting with words alone.

My favorite roles have been the ones where I was able to combine both, each element informing the other to create multi-faceted dynamic characters.

What is your greatest skill as a stunt performer, is there a story behind it? I specialize in helping Performers, Stunt Coordinators and Directors to create character driven action and to make the most of their project's action opportunities.  My greatest skill as a Stunt Performer / Fight Coordinator / Weapons Expert is to create a dynamic action story with a logical and easy to follow visual and emotional narrative. This comes from my stage training where there is no ‘back to one,’ and there are no edits or cuts to tell the story for you.

You must be able to actually execute and perform the action you’ve created and captivate the audience every night for 6 months while performing 8 shows per week. There is no better training.  When I choreograph action, especially weapons action, I choose and execute actual combative techniques to tell a very specific story about each individual character. This becomes the action dialogue that gives visual and emotional credibility to each character.

I study and train every day to develop and maintain skills and finesse to execute these techniques practically which makes shooting them on film very easy.

What is the best part about being a stunt performer? Working with the Team, the Stunt Coordinator, the Director, the Actors and the Stunt Team to bring the Director's vision to vibrant and exciting life on the screen. It’s a team effort that requires skill, diplomacy and great creativity, and of course superior skills that must be honed by the stunt performer before arriving on set.  I remind young stunt performers to never say they can do something unless they can deliver superior execution under great duress. It will almost always be awkward and difficult and you must be able to rise to the challenge and peform with safety and excellence.

Tell your all-time personal favorite stunt story! I have a lot but the JET JOURNAL about my Shanghai adventures in FEARLESS with Jet and Yuen Woo Ping is one of my career favorites.

Read it here: [https://www.stunthustle.com/post/stunt-101-fearless-by-anthony-de-longis] I’m currently writing a book chronicling 47 years of my adventures in Show Business as an Actor, Action Actor, Fight Coordinator, Choreographer and Voice Artist in Film, Television, Stage and Opera (I staged action for LA Opera 1985-2005 and got to pull in several teams of stunt performers over the years to share a very unique action experience with them).

What advice would you give other stunt people? Never stop training, never stop learning. I have two mantras that serve me well.  The first is, “You can only wing it if you have the skills to fly.”  The second comes in handy for me as a Senior Performer. “If I’m not getting better, I’m just getting older, and there’s only one of those I can do anything about.”

So I never stop training and sharing and learning. 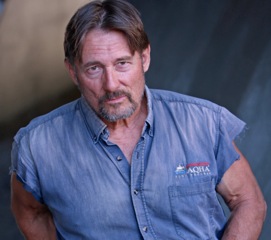 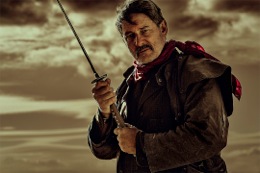 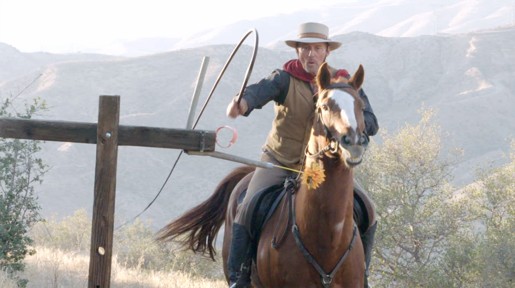 Anything else you would like to tell the community about? Rancho Indalo (www.delongis.com/indalo) is our one-stop multi-skills training facility. We get clients both local and international come to learn and train and add to their skills.

We're located top of the mountain in Canyon Country, about 45 minutes north of Universal Studios. This is where I have my DPACA school (De Longis Performance & Combat Arts) and where I teach, train and stay performance sharp.  Disciplines include whips, swords, weapons on horseback, on-site live fire gun range, archery, knife and hawk throwing, world class riding opportunities, fine dining and spa.